Suggestion Thread transfer from one user to another 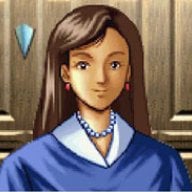 I think mods tend to do that when multiple people post about the same thing, like when 3DS/Switch updates dropped in the past and five threads sprung up at once. Outside of that though, it's not all too common.
Reactions: Quantumcat

The others took the thing where multiple threads on the same topic appear and only serve to split focus.

The way the forum software works means the person that creates the thread has considerable control over it, and messing with that too much either slows down the server or causes issues (I think once I deleted a first post in a thread and in doing so took out the thread, which was doing something good).

If you mean more for a collaborative project then at the top of the page there is an option called "manage access list" wherein others can be allowed to edit the post. I don't know if mods can designate people though if the original poster has since vanished. If you happened to be the second post or near* enough then mods could split the thread at that point and then the earliest poster gets the ownership of the thread. Mods could also lock a dead thread and edit the first post to say this is old, go this way for the current discussion, or edit in a link to the new thread if it is a notable fork or something.

*if you wanted to get really tricky you could probably have an older post if you have one split from another thread into its own and then the thread you are taking over merged on top of that and as your older post was before that thread started you assume control... If the first few posts are more "cool", "thanks" and such then they could probably also get pruned.

If it really mattered then some super special database wizardry might be able to be done but that would be need to be something special indeed.

What goes here is very situation dependent but everybody is also keenly aware of the limitations of the forum format when it comes to collaborative projects, open source projects, things where people take something to run with for a little while before stopping and such like so will usually try to make it happen where they can.

What exactly do you mean? I took the question as "transfer thread ownership from one person to another"

In which case "no, you can't". However we do have the ability to give individual people "Edit" permissions for the first post in a thread, such as if someone wishes to transfer project ownership from one person to another. USUALLY it's cleanest to just open a new thread for your branch of project ownership and link back to the old one for the sake of information preservation. However if you think having edit permissions would be better, report the first post in that thread or PM staff with justification as to why you think it should be handled that way.

Note - it's not something we often approve.
Reactions: NoNAND

Well I want to transfer the posts of HMAlice_McNell, because I wonder if a banned user's posts be transferred

GalacticWarsHalloween said:
Well I want to transfer the posts of HMAlice_McNell, because I wonder if a banned user's posts be transferred
Click to expand...

problem with the new merging system

C
Featured Threads/Thread of the month