Stuff Disappearing - Ghosts on the loose!

Don't you guys/gals just hate it when stuff mysteriously disapears from a place, when you're 100% sure you had left it there?

So far I have forever lost these things in my room:
-Around 10 stylus, most from the DS but a few from the 3DS as well;
-Food! I usually make around 5 sandwiches at midnight and go to eat them in my room around 1am, however I only remember eating 4 of them, the 5th one never shows up (meh, I eat too fast);
-Several games, I have games from pretty much every system I own missing somewhere in my room, GBA, NDS, PS2, 360, XBOX, PSX, etc... I know the games are in my room, the mystery is where;
-Posters, I often receive posters that I get at certain gamming contests, however the tubes that have the posters disapear... I put one of the posters in the wall, and the tube with the rest of them suddenly disapears afterwards;
-Beyblades, I used to be quite into Beyblades when they first come out like 7 years ago or more (can't remember when it was), all I know was that my prized Beyblades that I had used and won in some local tournaments went mia in my room;
-Etc...

Clearly it's no ghosts, just too lazy to search throughly my room, however it's funny how they disapear like that, what stuff do you lose? =O


Edit: Some of the Penthouse magazines I sometimes buy for my friends, also disapear sometimes... Perhaps those are taken by some perverted ghosts. >3 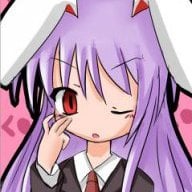 Maybe you have some little people in your house

I lost a crystal I left myself 5 years ago. It disappeared from inside a sealed envelope, hmm....

You have Borrowers living in your house.

Lol... It really sucks tho, at least the big things never disapear. xP
(I'm pretty sure my grandma is the main reason behind these disapearences).

I still havent given up the search for my 2GB microSD!~I SHALL NOT GIVE UP AFTER 3 YEARS!