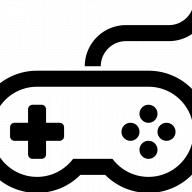 I have actually 2 separate Stock Firmware Nintendo Switch consoles with the same issue. This issue is not 100% consistent, sometimes it happens sometimes it does not. When the consoles work, I can power them on, and play them for hours but as soon as i press the lock button, I am unable to unlock the console again. If i unplug the battery after that happens, i can boot up again. This issue also effects docking the unit sometimes where i won't get video through to the TV. The unit will sometimes not have this issue for a whole day. And suddenly again it will come back.

EVERYTHING else seems to work when its on, joycons, touch screen, reads games, charges

Things I have done:

I swapped P13USB on both with no change

One of the consoles was a blue screen before I experienced this issue. I havent gotten the blue screen since but this issue is now present.

Any and all help is welcome and appreciated!!!