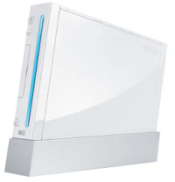 Change Log said:
Features and bugfixes:
• Using aggressive compile-time optimisation, putting the distribution on a huge diet and fixing up the operating system in general, made SRB2 a TON faster.
• Updated software versions of all the software in SRB2Wii, which contributes to modernisation and speedup, and removed some unneeded software.
• Behind the scenes build-system fixes which kill bugs, add features, and make SRB2Wii compile faster so you can get your hands on it faster

Regressions and bugs:
• SRB2Wii/mini will not load anymore, so not uploaded this time.
• Fine text on the splash screen isn't rendered properly. This will be fixed in the future.
• WaveBird support is not working properly. Everyone who has tried it has not been able to get it to work. Please say if your WaveBird works or not in the thread. Thanks!
• Due to limitations with wminput, only one Wii Remote can be connected at a time. This can not be fixed (yet at least), it is difficult to solve this in a convenient fashion.
• SRB2 seems to be having problems with registering input from the second controller (any controller) ingame. I will talk to Alam about this, and hopefully have it fixed (I might have fixed this already, actually, but haven't tried it.)
• I broke Internet (not that anyone was using it anyway but yeah...). This will be fixed for the final release.
• WAD loading doesn't completely work right now.

Oh yeah, sonic robo blast 2, online sonic game, very laggy for me online but ill download this when the internet gets fixed. 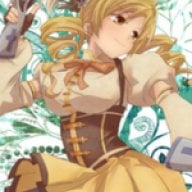 hhmmmm the physics for this game seem way off.