I'm not saying they are, I'm asking if they are.

It's my understanding that a hardmodded console is illegal in America but is a soft modded? What about the Free Loader? I ask this because I plan on running a Tatsunoko vs Capcom tournament at a local gaming cafe and I don't want to cause any legal disputes for them.

Obviously backing up a game I don't own is illegal. I'd go the safe route and buy myself a Japanese Wii if I had the money but that's not the case so please no sarcastic responses concerning that.
A

Selling moded wii (soft or not) = somewhat Illagal... (I think)

Having a modded wii = Not illegal... who said you can't add a chip inside your microwave... (the wii is the same)

Modding your wii = Not illage... see above

Playing origial imported game on a modded wii = ... I wouldn't make this illegal... but I'm not sure it is...

Playing COPY (same region or not) = Somewhat illegal in some country... and legal in other


Hope this clear some of your question...

p.s. Don't be afraid of proving me wrong... or starting some flame war... I would actualy enjoy it

It's not necessarely illegal (depends on your country laws actually) but this breaks the Wii EULA (license agreement) you have accepted (or not): 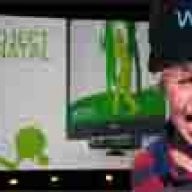 Playing a game that is out of region (Jap) on a US console is probably illegal as you have modified the intellectual property of Nintendo (core OS that the Wii runs on)to play a Jap game on a US Wii.

"But I own the system"
Well true and you can use it like a boat anchor if you wish - you did pay for it. However you did not pay for content outside of the designed use or what it is entitled to run on it.
Like buying a satellite box for your tv and paying for channels but not premium Pay Per View channels. Modifying the box to pick up free PPV channels is illegal.

"It's only a game and at a little gaming cafe'"
True... but there are legal things these guys need to watch out for so they dont get bopped in the head by the law. Like if you go to a barroom, they usually have sports channels on, locals, or something on the A la carte' channel lineup - no HBO's or PPV's (unless there is a charge - as they have a captive audience that must pay the cable company). Just think, if you opened a cafe' and have 10 tv's with HBO's and PPV and didnt charge. Well you paying $100 a month to the cable company, for example, from your cafe removes the income of 20 people paying $100 a month each. Of course they will get the law all over you.
Enough about barroom economics. Just be aware - be totally legit:
Get a real Jap Wii
Get the official Jap Game
DO NOT PROMOTE HACKING - because it takes 1 person talking to the "wrong person" to say "...yeah, at this cafe' this dude said I dont need to pay for any wii games and to do this and that to fix it. And he was playing some Jap game that isnt available here in the us. It cost $5 to get in the tournament but it was cool"
A) You circumvented your machine - breaking the End User License Agreement - Nintendo could go after you
B) Providing a demonstrated working method playing a backup of a game that this region should not have (aka modified Wii and breaking EULA) - again Nintendo is mad
C) Making a profit off of illegally modified system and not owning the legal stuff with proof - local issue right there...almost gambling however if it a captive audience paying money (RED ALERT)
D) Promoting exploitation of the above which is a cascading effect of no more Wii sales in the area that will hurt local businesses - (RED ALERT)

Jacobeian said:
It's not necessarely illegal (depends on your country laws actually) but this breaks the Wii EULA (license agreement) you have accepted (or not):

Here in Holland this does not apply.

I can do whatever i want with my WII.
Its mine, i bought it.
It is not a rented item so they have no influence.

However Ninendo can stop you form using their servers.
For any reason at all. It are their serversm and it is an service.
J

Thanks for your replies, I think Commadore64 covered everything I needed to know. Looks like a TvC tourney is going to have to wait until I can get some people to pool together to get a Japanese Wii or get the store owners to pay up for it.
U

JayceMJ said:
Thanks for your replies, I think Commadore64 covered everything I needed to know. Looks like a TvC tourney is going to have to wait until I can get some people to pool together to get a Japanese Wii or get the store owners to pay up for it.
Click to expand...

I'm not trying to convince nor take away from anybody else's post but thought you (and others) could use the heads up.

As you might imagine, the majority of people on this forum aren't lawyers so if you really want to feel safe, try to get advice from someone you might know in the field.

To clarify, the legitimacy surrounding this type of 'modification' is still in a fairly gray area of the law. While companies (Nintendo, Sony, Microsoft, etc) take measures to protect their interests (ie through EULA), it is still relatively unsettled what is within your rights and what is not.

The easiest example I can give you is the whole episode the cellphone industry went through with regards to 'unlocking' cellphones. If you happen to remember, 'unlocking' a cellphone was considered illegal by the telecommunication companies (through the equivalent of their EULA) and there was a big legal battle that ensued against those who chose to 'unlock' their phones. In the end, the courts ruled that when a company no longer owns the phone (if it was purchased), it has no jurisdiction over how the end-user chooses to use it. Now you can opt to 'unlock' a phone almost anywhere. While a cellphone device is much different than a console, I simply use that example to illustrate a contrast in what you were attempting to do/ask.

As a rough breakdown, the modification of any console is not illegal in and of itself. However, the manufacturer may refuse to provide services for a unit unless it conforms to the set standard outlined in the EULA (ie, not provide you with online services, warranty, etc) as that is not what is purchased when title is transferred (only the console). This leaves the end-user with a decision to make due to what they are compromising (receiving services).

While owning a Japanese Wii isn't illegal, it does not change the legality of the 'backup' in question. Playing an imported game on another region console (due to it being modified) is legal. What would come under question (that gray area ), is whether the sale of the game was legal (due to you being outside of the territory). This is of course does not apply to all imports (ie a toy with led content for example). Additionally, there would be another legal matter raised if there was money involved in the tournament (ie paying for entry) but I won't get into that.

My apologies for the length of this post, it turned out much longer than I intended. Cheers. 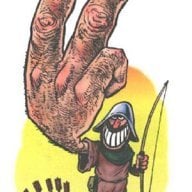 it is not illegal to soft or hard mod a wii in any country, what is illegal is to download games that you dont have the original 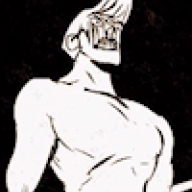 If you have the game original, go for it.

Unless your gonna have like 10,000 ppl don't worry about it and even if you play a "backup" no one needs to see the disk.... Just have everything ready early.

Does anyone have a clean NAND for a Taiwan/HK Wii?

Trying this again, How do I run Import Wii games on my Wii U?

@ M4x1mumReZ: Lenovo ships Xboxes?! I though Microsoft does that. 1 minute ago
Chat 2