Ok so I have a 1000 Vita on 3.60 Henkaku. It was running perfectly fine from a 32GB SD2Vita5 until I bought an original game cart... yeah I know, but found a really cheap FFX-X2 ;_;
I took out the SD2Vita and put the original cart in but when it started installing i got Error C1-2741-4... Started reading around and apparently the Sony cart was toast and I couldn't install anything there. Made sense because I've been using the SD2VITA for years without touching the Sony 4GB Memory Card

So i got my other Vita (uncracked 3.70 Slim) and formated the card. This is where it gets messy.

During my trial and testing of switching Sony Memory cards around between the two Vitas and formatting in each of them, and throwing in the middle of that chaos a go into StorageMgr and messing with the tai folders of both SD and Sony Card something went wrong and now I can't see any of the homebrew content on my SD2VITA. Just seeing all the vanilla apps and not even molecularshell or vitashell ;_;

Things I know I did:
- Formatted the supposedly dead Sony Card (it's working now, I can use it to install the original games now LOL)
- Deleted the tai folder on SD2VITA...
- tried going into the henkaku url to instal vitashell and start from scratch but it gives me an error saying no memory card inserted....

What can I do to save this SD2VITA as it is? Or if not possible, how should I go ahead and install everything from scratch?
W

OK I think I solved it! Managed to save my 32GB as they were (had tons of saves and roms in there)

Here's what I did:

Now I still have a big knot on my head.

In a Vita 1000, with a 4GB Sony Memory Card and a 32GB microSD through SD2Vita how the hell do I go about to use Oficial Game Cartridges without messing my boot up?! 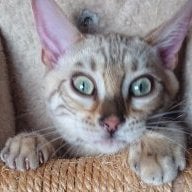 the game most likely updated the firmware if you used Final Hencore, check your firmware version....

anyhow to resolve the issue use storage manager; set SD2Vita as ux0, when removed the Sony Memory Card will default back to the main memory ux0

B
I cannot get uma0 to appear (Using SD2Vita)