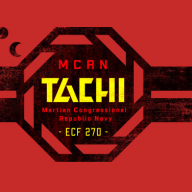 [FIXED : IT WAS NOT BRICKED]

I'm trying to restore my NAND but there's a verification error at the end of the process, the rawnand.bin file was originally 15x2Gb parts that I joined using the script available on Github. I still have access to Hekate but when I try to boot to sysnand, I can only see the Kosmos logo for a few seconds then the screen turns black...

I still have all the 2gb files and the boot 0/1, I made multiple copies in case something gets corrupted.

Is there a way to fix this issue ?

EDIT : I tried restoring again and took a photo of the screen. And I don't know if it matters or not but I have another SD card with Android on it and I have no issues booting it with Hekate.
EDIT 2 : Well, after 15 times trying to restore, it worked.

T
Is my Switch NAND Backup clean & safe to restore??