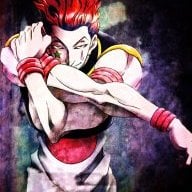 Hi i am either thinking of getting a psp emulator or buying a psp to homebrew.. Are the psp emulators good enough to play most games? And if i do choose to buy a psp which model is best?

Restlesscisco said:
Are the psp emulators good enough to play most games?
Click to expand...

No experience with playing PSP on a computer, but the official emulator/compatibility layer on PS3 does a passable job, and Vita/PSTV have perfect virtualization


Restlesscisco said:
And if i do choose to buy a psp which model is best?
Click to expand...

There are no truly bad models, but the key features of different models are:

1000 and early 2000 series - unbrickable
1000 - infrared port
Anything except 1000 = 64MB ram (used by a few plugins and homebrews, mainly emulators)
2000, 3000, N1000 = Go - video out
Anything except Go - affordable storage via microSD converters, standard miniUSB data port and commonly available charger
Go - folding and compact, Bluetooth (with video out and a PS3 controller it makes a fine portable PS1)
1000, 2000, 3000 - easily replaceable battery (not like there still are any excellent ones on the market), brightness and mute physical buttons (convenient for homebrew plugins)
3000 and E1000 = Street - brightest screen
anything except Street - stereo sound, autobooting CFW
very strongly debated - best screen
none - good range or WPA2-compatible wifi

My choice is an early 2000, but any model will do its job -- playing media and games 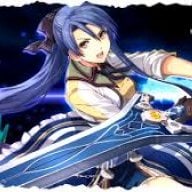 PPSSPP is the best emulator on PC and also for android phones. Nearly 100% compatibility. I've never have any problem with it.

PSP is really cheap nowadays, but I would rather suggest a vita for both psp and vita homebrews.

I HIGHLY suggest you get a PSP since PPSSPP (PSP emulator for PC) is VERY buggy and will even crash on some amazing games (eg: can't even get 10 seconds in any of the Project DIVA games). I advise you to get the 3004 as it has the best compatibility with homebrews and better screen at the mere cost that you need to manually launch CFW (only takes 3 seconds so it's no biggie).

Today PSP screen is kinda shitty to look, and in terms of software, its outmatched by... I dunno, anything. So buy anything else and emulate psp on it.

Hardware PSP struggles to turn on?

Sony PSP Aug 7, 2022
Casefiles
C
L
Custom Firmware freezes PSP 2000 and when I restart it the version is still 6.61 and has not updated

PSP deleting files and then saying they are corrupted?