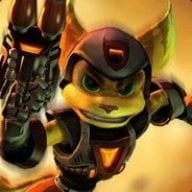 I was thinking of upgrading my PS3’s hard drive and I was wondering; is it safe to go through the whole backup and restore process with HEN (and HFW 4.84) installed? Should I reinstall the official version of 4.84 before getting started or am I good to go?
Another thing that’s not really homebrew related; since i’m just replacing a hard drive and not moving my data to a new PS3, i’ll be able to move (and use) my copy-protected save files to the new HDD right?

The operating system you have currently installed won't affect the backup - and you'll have to manually install an appropriate one (equal or higher version unless you have the QA flag which iirc you can't get on HEN, anything the console recognizes as signed, so HFW is fine) on the new disk if the console is NOR

Save encryption (which is separate from copy protection) ties them to the PSN account ID, not the console (you're thinking of trophies, which aren't even backed up the official way); but copy protected saves are included in an official backup as long as it's restored to the same console and no system transfer has been done since the backup (according to the manual), and of course if you don't trust it you can make your own backup of what exactly you want over FTP
Reactions: BiggieCheese