I know the source says "confirmed" but I won't call it confirmed until Sony says so. It could just be a simple mistake or mislabeling although there's plenty of evidence and reason to say that it's coming to the Vita.

Anyway, an online CV for a sound designer at SCEA lists the title as coming to the Playstation 3 (which is already known, duh) and the Vita as well. A recent interview about the game hinted to it as well.

Another rumor from a while ago also hints appearances from Solid Snake, Nathan Drake, Cole McGrath, Kessler (a character from inFamous), and... Kevin Butler? I wouldn't put much faith in this rumor though since the entry lists Charles Martinet (the voice of Mario) as, who else, Mario, Hideo Kojima as "God", and Brendan O'Brien as Crash Bandicoot.

Still, interesting stuff for anyone looking towards a possible Vita version of PSASBR (aka Passbar as I call it).

Knowing that Solid Snake will be a playable character, I will surely. Uh it if it comes out on the Vita.
I honestly never played Smash Brothers. 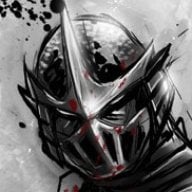 I just talked with a SONY representative out here in California, and they are going to be saving the PS3 release for the Christmas Holiday, and that the VITA version will be out next year...also she was saying expect that port on the top to be utilized soon, whatever that meant...

This Week in Gaming: March 13