Log in Register
Menu
Install the app
You are using an out of date browser. It may not display this or other websites correctly.
You should upgrade or use an alternative browser.
Staff Posts
Front-page GBAtemp Exclusive  Updated

GPD are really a company that need no introduction. Making their name in handheld PC gaming where few have successfully tread, the Win 3 is the latest and greatest to grace the hands of their customers. Having ordered my system back in January and it arriving just a few weeks ago, I'm here to give you my initial thoughts on this PC gaming marvel. 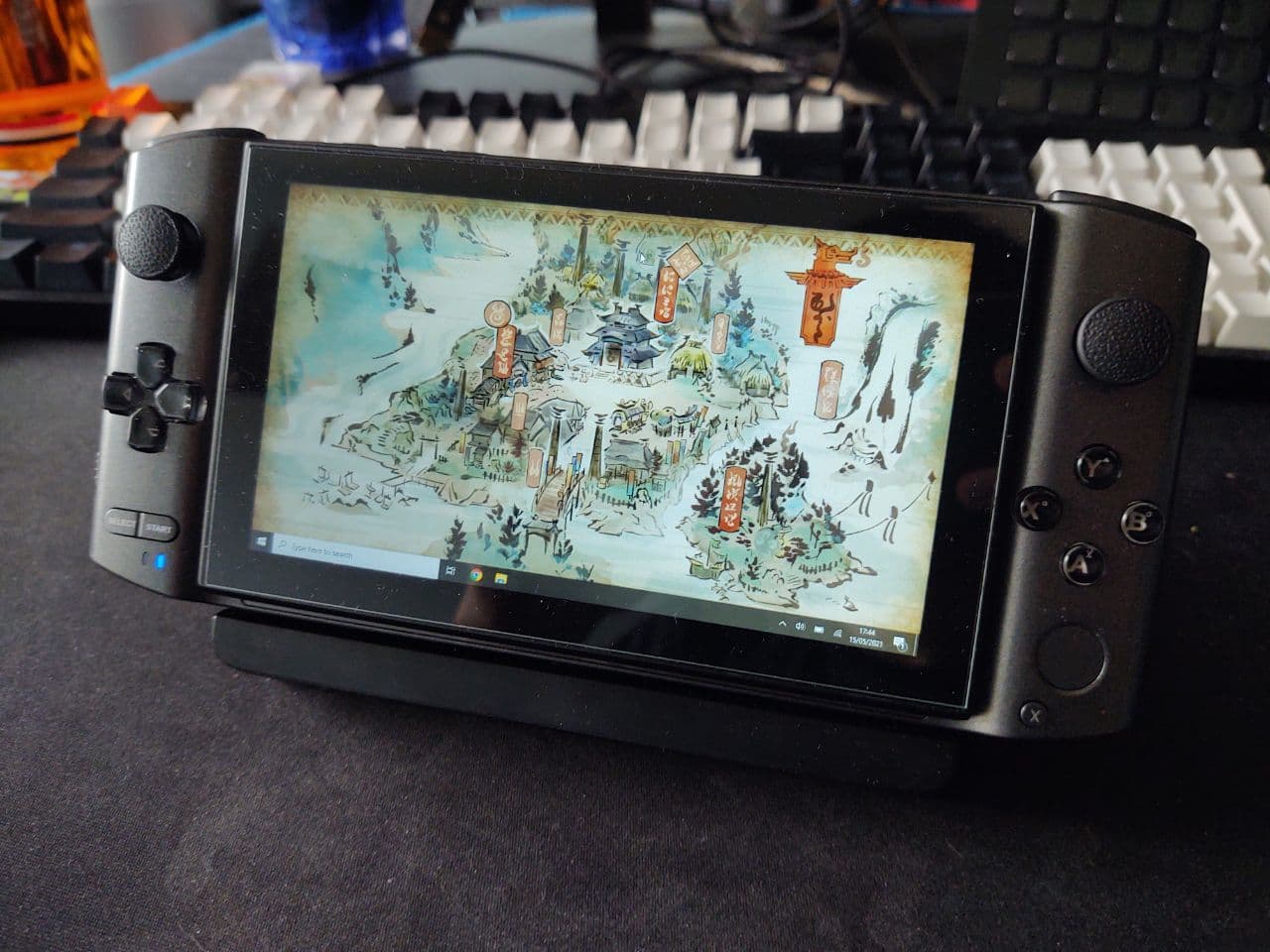 Unboxing the system was a joy. Everything felt premium and it was packaged magnificently. Taking the system from its box, I finally got an idea for its scale and weight. I'd seen comparisons made to the Switch Lite, and while that's not too far off, the Win 3 has a thickness and heft I couldn't really anticipate. It feels well-put together and the weight isn't uncomfortable, but it does take a bit of getting used to.

Before I could dive in and enjoy myself, I did have a few things to do first. At the top of the list: formatting the device. As I had been keeping up to date with shipping and developments in the GPD Discord, I had noticed talk of a virus being shipped with devices, likely finding its way in during the QA process. Not wanting to take any chances, I went ahead with a fresh install of Windows 10 Home and installed the drivers GPD provide on their website. It was a simple enough process, which is good to know should any users want to upgrade from the 1tb NVMe SSD GPD provide. 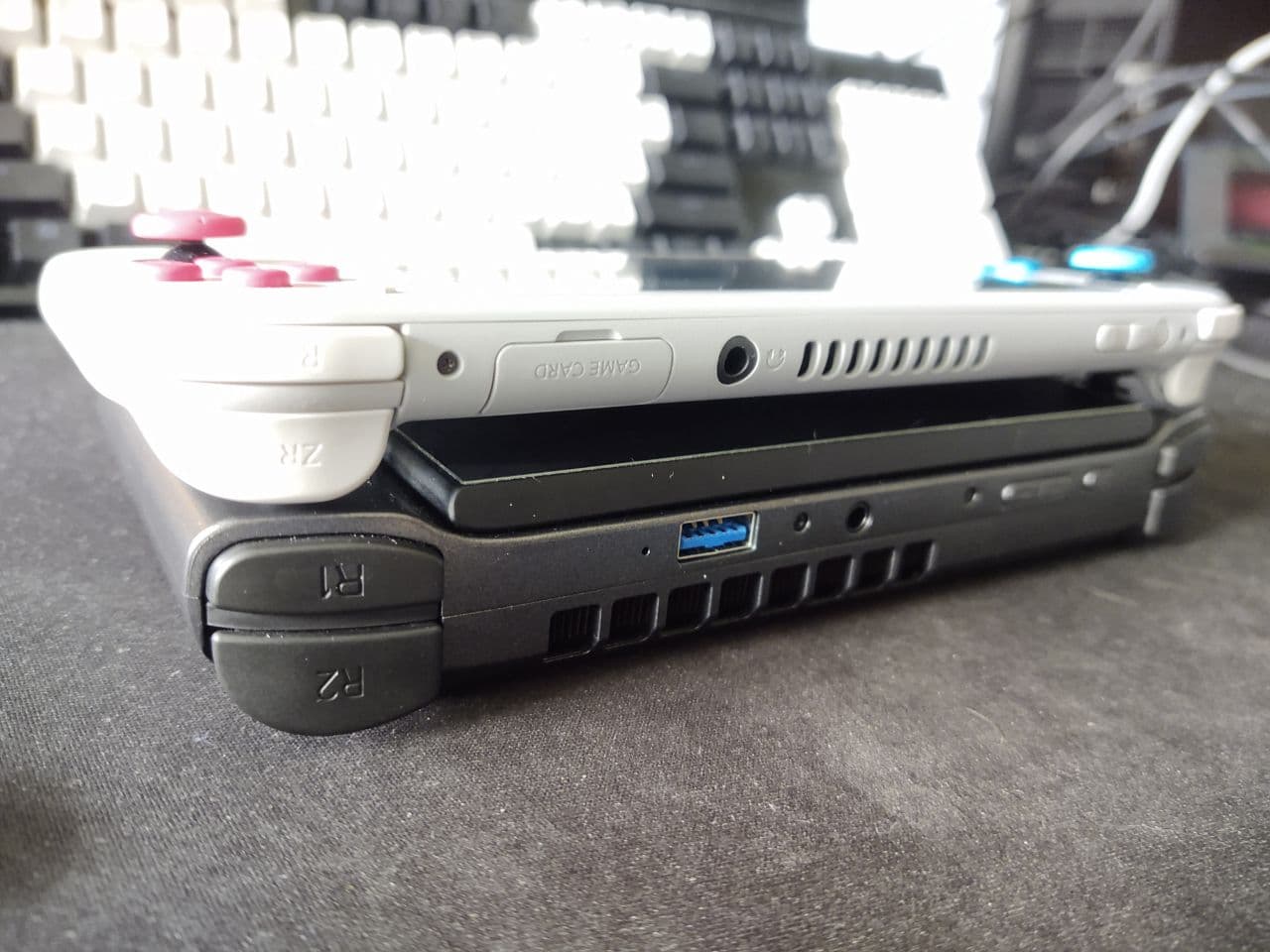 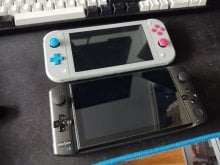 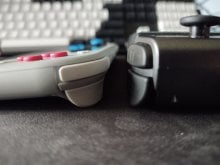 ​
Windows freshly in place, I got to work downloading my games. Leaving the system in the included dock overnight while Steam was grabbing a few hundred gigabytes of content, I was pleasantly surprised to feel how cool the system was in the morning. Committing much of my life over the past months to watching every Win 3 video I could find online, I had heard how good the cooling was, but seeing this translate to the finished retail product was really quite nice. Featuring a large grill at the top akin to a Switch, as well as vents on the back, the system does a great job at staying cool even during intense sessions. The fan is relatively strong too, leading me to use it as a hand fan of sorts due to how my setup has it pointing towards me.

We've talked about how the system feels enough for now anyway, I can go into more detail in the full review. The hot topic of the day is gaming, and exactly how far we can push this handheld when it comes to modern titles and high end emulation. To save me describing each game in excruciating detail, I've put together a few videos to give you a clearer idea of how things run. Note this footage was recorded using an AverMedia Portable 2 Plus so as not to impact system performance.

For this first look, I'll be showing off my handheld configuration. Here, the games are running at 720p with a TDP of 15W, which should give around two hours of play time as a worst case scenario. You can find time stamps for the games tested below. First up is PC games!

It's somewhat incredible to me just how well some of these games run. Dark Souls 3 on the go is something I've wanted since playing the Switch port of Dark Souls Remastered. It isn't all good though. Because my OpenGL version is apparently 1.1, any game that solely runs on this just refuses to work. It's a huge shame because it rules out even simpler titles such as Luck be a Landlord, which I had genuinely been looking forward to playing on the go. I have seen videos of people playing OpenGL games on the Win 3 online, and I think this may have something to do with me formatting my system. Since reinstalling Windows, GPD have uploaded a new firmware file, so I'll likely be resetting my system again using that before I get to the full review. With some luck, things will be improved.

Next is emulation using the same setup:

Emulation, Cemu in particular, really impressed me. A part of me wants to cheer at the ability to play Breath of the Wild on the go, but it's not as though this is something new with it being on the Switch. What I was genuinely happy to see however was Monster Hunter 3 Ultimate running flawlessly. It's a game I love, and having the non-240p version easily accessible on the go is absolutely amazing to me. It is worth reiterating that all the footage in the above videos are running on 15W as a reasonable balance between performance and power consumption. You can get more out of the system if you're willing to compromise on battery life, which is ideal for some kind of docked setup, you can get more out of it. I'll be showing this off along with eGPU performance in the full review to see just how far the device can be pushed. 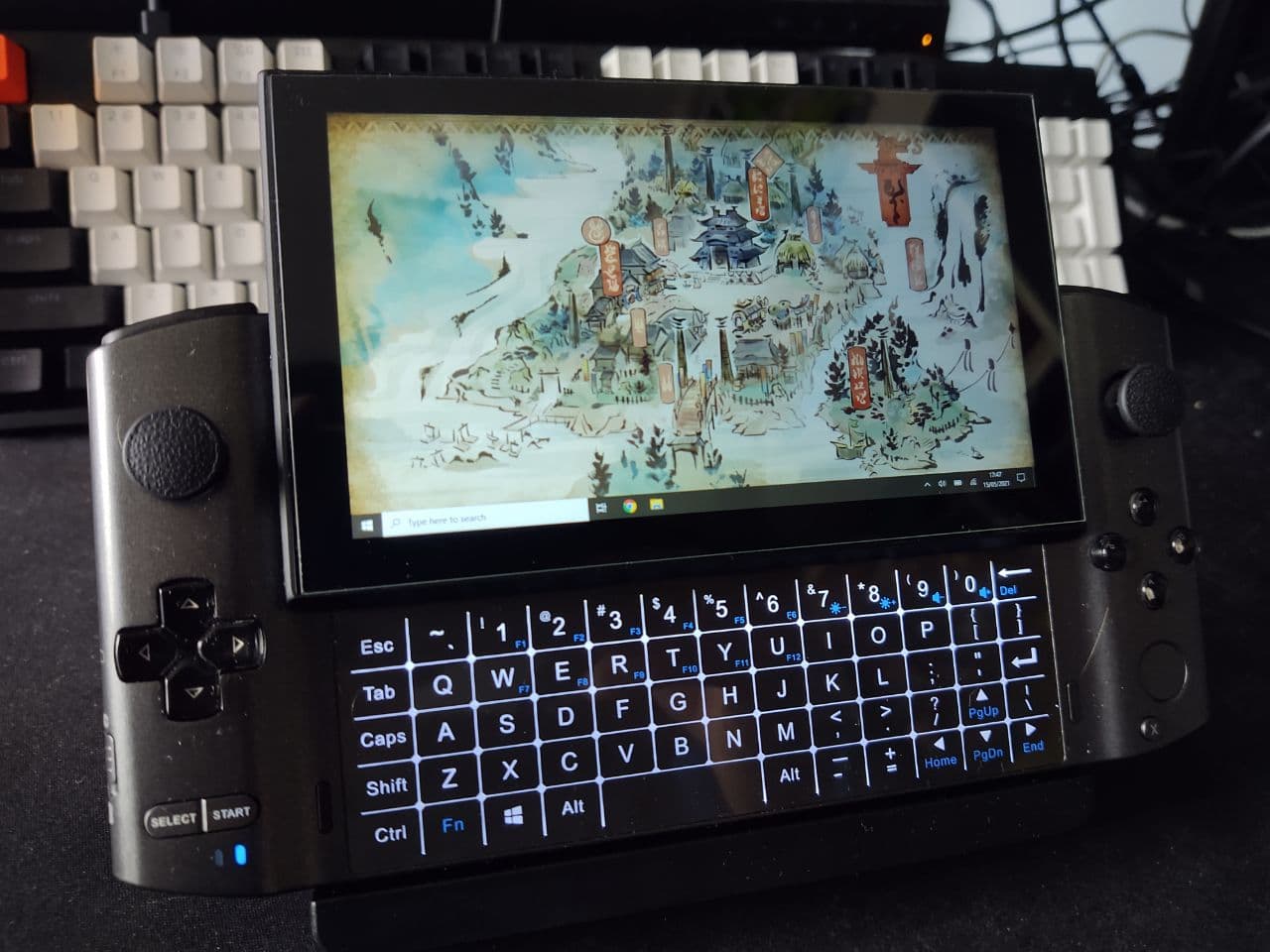 Outside of the hassle of reinstalling Windows as soon as I received the device and my OpenGL woes, the Win 3 has been a dream come true. With solid performance on the go and great potential as a PC Switch using different settings while plugged in, it's a fantastic system that has since become my main PC.

I'm still in the process of writing up the full review, which will likely feature further emulation and PC game tests in one of a 15W, 35W, and 35W with an eGPU setup. If there are any games you want to see tested from my Steam library, please let me know and I'll try my best to tailor the review. You can see all the games I have available to my via my Steam profile below.

My Steam Library
Last edited by Scarlet, May 15, 2021
Reactions: Ooggle, tfocosta, 3DSBricker and 26 others
Click to expand...

Can it play Minecraft?

Edit:
To be specific I don't mean the new crappy one I mean the Java version. Might be fun to throw some Fabric performance mods at it as well. Sodium, Lithium and Phosphor work pretty well.
Last edited by gudenau, May 15, 2021
Reactions: smallissue

gudenau said:
Can it play Minecraft?
Click to expand...

I'm in the process of trying to figure out VR Minecraft with the help of my eGPU lol
Reactions: AmandaRose

Scarlet said:
I'm in the process of trying to figure out VR Minecraft with the help of my eGPU lol
Click to expand... 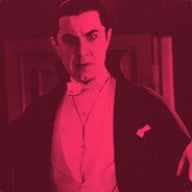 Would love to have seen some more intense emulators like Switch and 360.

That keyboard does not look usable, how is it to type on?
Reactions: StrayGuitarist, BLOCKMINER3000, Mama Looigi and 1 other person

Looks like the keyboard from those old slider windows phones.

Lets be honest ….. we are not going anywhere Lol.
Reactions: Scarlet and Something whatever

Veho said:
That keyboard does not look usable, how is it to type on?
Click to expand...

It's usable in a pinch. It reminds me of the Yoga Book's halo keyboard in that respect. If I ever need to be doing any heavyweight typering, I have it hooked up to a monitor and real keyboard anyway.
Reactions: Veho

When I clicked I didn't expect a review this good. Thank you!

I just wonder how playable are those huge strategy games like Stellaris, Europa Universalis, or the Anno series.
They kinda hurt on CPU side.
Reactions: RyRyIV and Scarlet

I can just imagine bringing this with me to work. "Judge, I'm not playing Breath of the Wild on the go... I'm just doing research."
Reactions: RyRyIV

lokomelo said:
When I clicked I didn't expect a review this good. Thank you!

I just wonder how playable are those huge strategy games like Stellaris, Europa Universalis, or the Anno series.
They kinda hurt on CPU side.
Click to expand...

I do have an Anno game and back in the day it definitely was my jam. I'll be sure to add it to my list of things to try for the full review.

Scarlet said:
It's usable in a pinch. It reminds me of the Yoga Book's halo keyboard in that respect. If I ever need to be doing any heavyweight typering, I have it hooked up to a monitor and real keyboard anyway.
Click to expand...

Thank you.
Those capacitive touch-keyboards are fine when they're full sized, but on a tiny device I prefer a keyboard with some tactile feedback. But with this form factor, the keyboard obviously wasn't the main focus, and they opted for the most space saving solution.

I can just imagine bringing this with me to work. "Judge, I'm not playing Breath of the Wild on the go... I'm just doing research."
Click to expand...

you could always play botw on the go since switch day one release lol if that is why you want this then you dont need to pay 1000$ to emulate switch games on the go, they do that for themselves
Reactions: Scarlet 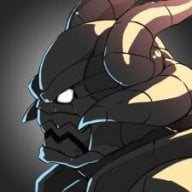 Cool, now I can play BOTW on the go for only 1000 dollars.
Reactions: bundangdon and Scarlet

pedro702 said:
you could always play botw on the go since switch day one release lol if that is why you want this then you dont need to pay 1000$ to emulate switch games on the go, they do that for themselves
Click to expand...

Bloodis said:
Cool, now I can play BOTW on the go for only 1000 dollars.
Click to expand...

If you watch the emulation video that's the first comment I make lol. I guess BotW is a decent emulation benchmark, but beyond that I don't understand the obsession with it. Just buy a Switch.
Reactions: Ericzander

@ KenniesNewName: Ye but mine comes with a promise of less viruses 37 minutes ago
Chat 0