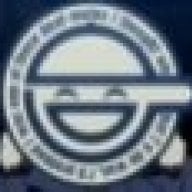 Hi there, I'm trying to get some ocarina cheats to work (first time trying) I've been wracking my brain all day trying all sorts of forum post info etc all over the internet - I'm trying to get SOMETHING to work on Fire Emblem: Radiant Dawn, to give me an edge, even just 'perfect level ups' or whatever, or the 3 999999 gold codes

I am using a NTSC iso on my flash drive, which runs fine, it's just when I load with codes, I can get as far as the base, then when i load into battle it goes to the black screen of ice

I don't know what settings/info is needed to help figure this out, so let me know what you need to help out and i'll provide it

Did you try using codes with another game?
to see if the issue is happening only with this game or all of them.

I guess you are using the internal Ocarina menu to download codes?
you didn't copy the .txt or .gct file manually to your SD or USB, right?
the loader should download the correct code for that game, then you enable the code you want from the menu and select "Generate gct" to create the file which will be used by the game.

To tell the game you want to load the generated .gct file, you go to game settings > ocarina : Enabled.

Yeah, the game's launch settings has Ocarina to on, I saved a GCT, I downloaded them from the Ocarina button found from the games settings, also, Lego Star Wars 3 works fine, was easiest game I could think of to know codes worked. I've tried a lot of different codes on fire emblem, they all seem to black screen right after 'use wiimote horizontally' or let me get as far as the base, then freeze when you load the map, I've tried different hooktypes, i've tried deleting/re downloading the .txt, i've tried using a .txt from the computer, just dont get it

I was about to tell you try another hooktype, but you tested it already.
I don't know why this game doesn't work.

Could you try another loader? or GeckoOS is you have the game disc.


ahh, I found this:
https://forums.dolphin-emu.org/Thread-help-fire-emblem-radiant-dawn-gecko-codes-not-working

I guess some consoles are not using the same memory addresses for the same game.
you might have to edit the codes manually to fix the adresses.

I do believe my version is 1.01, does this mean I need to get version 1.00 for the cheats to work? And yes, Gecko OS itself wont help as i'm running a backup off USB, not an actual disc

And I tried configurable USB loader, and NeoGamma, I couldn't figure out how to get to the game, on neogamma (I tried mount from WBFS and it didn't go to any option to pick) and configurable I couldn't even find the code file, I'll tinker with those some more, it does seem that 1.01 doesn't work with codes though, idk if I can find 1.00