Hello, is there any alternative to using a microphone in no$gba? I need it for several of the games I have.

There is a way, which involves converting whatever sound your PC is outputting into an internal microphone input.
Read this for more details (taken from ngemu.com)

QUOTE said:
Okay slightly less confusing explanation of what I did. You don't need a microphone to make this work. I have this free open source audio recording program called Audacity. In it you can select which source to record from in that drop down box from the top (as seen in the picture). It defaults to microphone, selecting Stereo/Mono mix makes it record from what's playing in your speakers. However instead of just just doing that, it seems to change what's being played directly into mic input in windows itself. Meaning if you leave it on Stereo/Mono Mix and close the program, put on some music and open anything else that records from the mic (teamspeak, windows sound recorder, skype) and you will notice it to will instead of grabbing mic input, grab what's being played. So if you don't have a mic, you can just leave it on Stereo Mix and any sound/music being played No$gba should think is mic input (as I said the music in Phoenix Wright 1 was good enough to blow away the fingerprint dust). Of course since mic input in No$gba only works if sound is on, you can't stop it from accepting the music as input at will (well you could probably just turn sound off for a second then turn it back on, I've no game that requires that to try it out on). This of course probably will make your mic useless, however simply setting the drop-down box in Audacity back to Microphone should make it work again in Windows. Hopefully that helps. Apparently Hiei-YYH and sigmax got this to work so hopefully it'll work for others.

Super Simple explanation minus the reasoning or observations above. Get Audacity, select stereo mix in the drop down box as pictured. Close the program. No$gba will now pick up sound being played as mic input, the emulator's music will have some effect, play something in an audio player for more noise.
Click to expand...

If the microphone use is simple (Phoenix Wright), then this works. If you actually need to play a song (Zelda) or something, then it won't work. Edit: To clarify, simple means just blowing into the DS mic. This will work, as opposed to needing to play a rhythm using the mic, which will not work.
Also, another thing to do is to upload your save file and have someone with a microphone or flash cart beat the part for you.
K

Thanks for the reply, this can actually be modified to work with other games with actual phrases needed, just turn no$gba's volume down and play a song with the words you want in the background and voila, I could have also used the enable mic feature but that does not allow the fluctuations needed for certain games, that just boosts to the top in some and halfway in others.
U

kira1000 said:
Hello, is there any alternative to using a microphone in no$gba? I need it for several of the games I have.
Click to expand...

Though the emulator itself isn't up to snuff with no$gba 3D graphics wise, it is decent and does what it's supposed to
K

@DeMoN: can you please tell me the name of the thread where you got the info from, I would like to check it out for myself as the trick worked the first attempt I made and ever since then it simply does not work. Maybe someone on NGEMU knows what is wrong.
@usagi_no_neo:sorry, my pc is too slow for desmume, it will not even run warioware at all on mine, no$gba is the only one that works for me, appreciate the suggestion though.
D

It has its own microphone enhancement that you could turn on and off every time you want to use it.
I got pass Phoenix Wright with it, just turn on your sound in no$gba and you're done

Zoomer does not work for all blowing games either, it works for lost in blue and phoenix wright but not others such as Duck Amuck where you need more finess/power then zoomer provides, the audacity trick wworks now, I have been using it more and more to get past microphone points in different titles.

I actually just plugged a mic into the computer, and tried it with Nintendogs before. It worked, but it was still scratchy sounding. 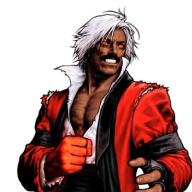 Loved by few, hated by many, respected by all...

Dude, download No$Zoomer, I could swear I've seen something about the micro thingy, give it a try!^^
It's much better as using the no$gba-emu only...

For which game do you need this?
D

QUOTE said:
Zoomer does not work for all blowing games either, it works for lost in blue and phoenix wright but not others such as Duck Amuck where you need more finess/power then zoomer provides, the audacity trick wworks now, I have been using it more and more to get past microphone points in different titles.
Click to expand...

Well yeah if you want to play Zelda then its definitely won't work well but it's much more easier to use than audacity.

Wii U Wired Microphone on Wii's We Sing game - Is it possible?

B
Microphones that compatible with Wii

Games that use Wii U microphone accessory (WUP-021)