There is a new English version of YSMenu at http://home.usay.jp/pc/etc/nds/index_en.html

According to the documentation it doesn't support the Ewin 2in1 expansion (the one that comes with some packages of the DSTT), but I thought someone said that they were able to run Opera and GBA games without going to the GBA Loader with an Ewin in slot2. Can anyone confirm whether that works or not (it doesn't seem to work for me).

ETA: Of course, as soon as I posted this, a new version came out: YSMENU0802110230. The great thing about this one is that now the Japanese and English versions are the same -- the language is controlled by a new .ini file (which goes in the TTMENU folder). Uncomment a line near the top of the .ini file to change it to English. The .ini file also allow you to modify colors and text that appear in the menus. Get it from http://home.usay.jp/pc/etc/nds (scroll about halfway down the page under the "DS(T_T)DS" heading.

ETA: There is now an even newer version that supports the Ewin 2in1 expansion. When I tried it, it now recognizes the Ewin when running a GBA game, but the game crashed right after the "GameBoy" screen (the same GBA works with the GBA Loader). The Opera Browser still doesn't work (it doesn't recognize the memory expansion) without running the GBA Loader.

ETA: Version YSMENU0802150215 now seems to correctly support the Ewin 2in1 for the Opera browser (the GBA Loader is no longer needed)! GBA games also load without the GBA Loader, but don't seem to save correctly.
S

the YSMenu can't run GBA games without the Ram pack that comes with DSBrowser right? or is there a way?

Silverpelt said:
the YSMenu can't run GBA games without the Ram pack that comes with DSBrowser right? or is there a way?

You can't run gba games on a DS flashcard.
B

Not true, you CAN run GBA games from a flash cart, but you need a slot 2 GBA expansion cart such as the EZFlash 3-in-1.

For the DSTT you will need to use GBA ExpLoader (available in the download area) to launch GBA games. Select the GBA game you want to load from the GBA ExpLoader menu, and it will be loaded to the slot 2 GBA expansion cart (which has enough internal memory to hold 1 GBA game) and then run.

Doubtful they can be run on just a RUMBLE PACK either!

as rumble only packs dont come with the needed ram for GBA roms!
B

Not unless he meant the EZFlash 3-in-1 (which has rumble, browser RAM expansion, and GBA).

A rumble-only cart such as the eWin rumble pak cannot play GBA games (but the eWin GBA expansion pak can).

Searinox, this thread is actually an old one which was (for some reason) revived. There is no new version of YSMenu.

is it just me, or do cheats not work in YSmenu? i have the check box ticked and cheat options saved, and when i boot up the game none of the cheats work

This is an OLD YSMenu. Get the new one. 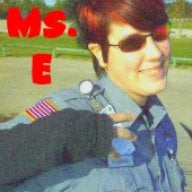 Location
The Prison Capital of Texas

I just wanted to say that Narin introduced me to this homebrew firmware and I have to say that it's not as awesome as the original R4 firmware, but it works.

I could not play Sonic Chronicles when I was using the 1.18 R4 firmware, but after I removed all of the original firmware and used YSmenu, I could play it without any problems. I haven't had any problems with lag or freezing, either, like I did (quite a lot) using the original R4 firmware. I don't know how many times that I had to re-play sections of FFIV... grrr.
M