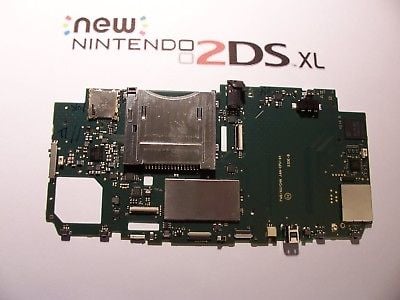 Another one of these weeks' hottest weekday, Friday*, has passed: and what could have happened?

This time, a large (but not omnicomprehensive) set of Nintendo factory and servicing software for the 3DS family of systems has leaked.
The archive, called "3ds_manu.7z" and having a SHA-1 hash of E6E1B9BE4413E7BA38EF5BE6A7CE78440200D775, has as its main feature the master image of a cartridge supposed to install the factory image for an European New Nintendo 2DS (which appears to itself be related to the long-discussed CTRAging), but also contains further testing software for the New 3DS half-generation.

* despite most of the leaks, statistically, not having been released on Fridays

A Black Friday for Nintendo!

Video about demos from the leaked firmware.

Last edited by , May 9, 2020
Reactions: jeffyTheHomebrewer, Stealphie, Dartz150 and 1 other person

Notes from 4chan regarding the JAN01_SP_AND_TP_TESTER_Ver2.1:

https://en.ids-imaging.com/files/do.../windows/ids-software-suite-full-32-49300.zip <- the 3RD tool needed by the JANE_SP_AND_TP_TESTER.exe tool
(if you don't install it you will have an error about missing "uEye_api.dll" library)

the password 7770 can also be used instead of 1111, it will open a different screen
Click to expand...

These csu's boot on a stock system using sky3ds (just rename to .3ds with < 8 char name).

(actually, some will crash, but they boot).
Reactions: Dartz150

KTR_System_Writing_Program_JAN_EUR_JB1_ver.1.00_3870_11.2_Release.master includes system files in the romfs
Click to expand...

So this is just for testing? Or does it give some insight onto the 3ds inner workings?

Anyway, the 3ds is wide open in many ways so what further advantages could be done?