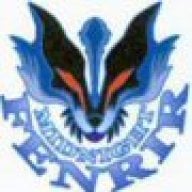 The strange thing is, Metroid will run on my other Wii, but the one I'm modding it won't, however, Super Smash Bros Brawl'll launch perfectly from NeoGamma and play fine.

Any idea what's up?

Edit: Is it possible for a Wii to read a retail DVD9(DL) and not a burned? If so, I believe that to be the problem. The problematic Wii can run SSBB perfectly, but not a burned Metroid: Other M(DL), however, the normal Wii can run both.

Edit2: The only difference between the two Wii consoles is that the working one is running HBC using IOS61 and the other isn't.