Hardware Need help with 3 abused Switches that refuse to be fixed!! 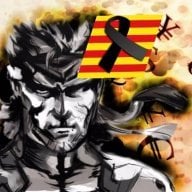 Location
Around the world

3 of my Nintendo switches refuses to be fixed. they were clearly abused by previous owners so I am going to list here only the last fault (many other faults have been fixed on these boards already to make them come to live)

Switch N1:
- Switch turns on and all functions work fine but wont display image while docked.
>>Ok this one had a blown pad within PI3USB chip so I suspect that is the problem, after running a jumper wire from the pad to the choke (is the first choke from the left if you situate the board with the USB close to you) the 2nd trace was blown off the board and hanging around so I changed the chip (the big capacitor is no longer shorted) and ran a tiny 0.1mm wire from the pad to the choke itself. I replaced all the caps and replaced all the choke but the console still wont come up on the TV, tried on all TV output modes, in 720 I can get the TV to recognise that there is a switch connected but no image... if anybody can suggest other stuff I would be happy to hear


Switch N2:
-Switch turns on, all functions work but is not capable of read games
>>This one you will think is the little daughter board.. but is not the case, this is what happens. - if I put a known good daughter board, there's no touch and cant read games, I managed to get a spare daughter board and solder a couple of fuses to deliver 1.8v to the 4 pads at the top - and BINGO! when using it like that, the switch recovers its "touch" but it wont read game cards .. tried checking for all of the pins within the connector and compare the diode mode readings with a known good switch and they all look fine !! no difference in the Diode mode readings (of course this has only been checked while the console is turned off and without battery) I ran out of ideas but I suspect there is a short somewhere that I cannot identify - this switch had PI3USB shorted (the big cap north of the chip was sorted) and had a new cap, and a new PI3USB chip - the console works fine while docked and all is good, it just wont read games LOL and with a unmodified daughter board, it will not read games and will not have touch.


Switch N3:
-this one I believe is dead but hey.. never give up! - the switch gets stuck in the boot logo
>>this one came in with the Blue screen of death - it seems the case is bent so I thought some of the big chips may have lost a contact within one of the balls. I have re-flown the SOC and now the switch turns on and gets stuck in the logo! - I have been able to login with hekate and perform a backup of the nand (Successfully backed up all partitions!) - it has 9 fuses blown which makes me think it must have a 7.0.1 firmware on.. I dont know if the problem is still hardware related or if is now software related and am not too sure if there is any diagnosis payload I could inject so any suggestions I would love to hear them!!

A
Nintendo Switch Not Powering On Issue