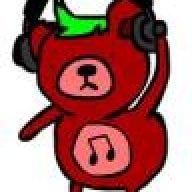 So, I have an N5 card (which is basically a 1:1 clone of the R4 card/M3 Simply) and I've been able to load both the original (N5's use unencrypted R4 firmware) firmware and also YSMenu as dual boot systems, I got YSMenu from RetroGameFan's Multi-Cart. Most older games (2010 >) have been working on the original, but outdated, firmware, so I assumed these didn't have any AP on them, otherwise they wouldn't have worked. I dl'ed a pre-Dicastia patched ROM of Pokemon White and it's been working, using YSMenu, for a while. Using a clean ROM would just show double white screens, obviously the AP kicking in. So while using YSMenu + patched ROM, I would occasionally encounter double white screens while booting up the game, thinking that the AP finally kicked in. I usually fixed that problem by copying a fresh, new pre-Dicastia patched ROM.

So I went and turned on my DS lite like normal and, as usual, opened up YSMenu. Everything was going good so far. Except, I was seeing double white screens, thinking it was its usual problem. I copied a fresh, new ROM and it still didn't work, to my surprise.

I don't know why it hasn't been working as of lately; I never updated to any new firmwares or anything and I've been extracting that ROM from the exact same .7z file on my hard drive.

How should I fix my problem..? I was thinking I could install Wood but I didn't think it was nesecerry due to the previous successes.

Thanks for reading. Any help will be gladly appreciated.

EDIT: "Would anyone confirm if Pokemon Black/White could run successfully on a Wood? I've played around with Wood before... I just don't understand why YSMenu would suddenly stop working. It works for other, older, and non-AP games (ex. Mario Kart)." from my below post.

I really suggest buying a better card. N5 have been known to brick DS's and aren't very good cards.
I suggest going with the R4i Gold (from that site as well)

Yeah, like Catboy says there is really no fixing it, its amazing it's worked this long - it could brick your DS at any moment as well. Either get an AK2i, and R4i Gold, or if you have some extra money, a DS2.

Thanks for your contributions and all; I'd be happy to switch to another cart although I've owned my N5 for about a year and a half without any problems. Would anyone confirm if Pokemon Black/White could run successfully on a Wood? I've played around with Wood before...

I just don't understand why YSMenu would suddenly stop working. It works for other, older, and non-AP games (ex. Mario Kart).

I am running both Pokemon Black and White on my R4i Gold with the latest Wood and it works just fine.
Also Are you using a clean rom or a patched rom? The pokemon English patch will not work with the latest YSmenu, you need to use a clean rom.

I've been using a patched ROM, Catboy. And doesn't a clean ROM have AP on it? I'm assuming it wouldn't work then, showing up with double white screens.

Have you tried formatting your micro sd card lately? If not, you should. Make sure to download and use Panasonic SD Formatter v3.1 It corrects problems like the one you have currently.

Thanks for the tip, Jimmy! I'm going to try that sometime later and if not, I'll try to load Wood.

Use a clean ROM. The entire purpose of Wood and such is to automatically remove the AP by patching the ROM. If you give it a pre-patched ROM the patching process can fuck up because it expects to be given the original data but instead you're giving it modified data.

I'll format my microsd card, like Jimmy said, and then install Wood.