Right now I'm in college and looking to go uni next year. I filled in my application and sent it off november 19. I thought I was fine and would get my responses quick enough because I wasn't late with my application, something which I have problems with seeing as it took me 6 months to apply for EMA...

I didn't notice any letters from universities so I just assumed that the only time they send you anything is when they've either accepted or rejected you. I thought all was well till I saw the mail today and noticed that most of the universities I sent an application to replied to me thankking me for the application...

I got suspicious and wondered why they would send a letter like that 2 months late so I had a talk with my tutor and found out that the applications didn't go through until a week ago. I am incredibly pissed off. Her only reason for it was because my chemistry teacher wouldn't give her any references. I don't believe that it would take 2 months just to get references from a teacher. This is so fucking stupid and I can't believe that my future might be at jeopardy because of a lazy teacher.
A

I had similar probs last year. My tutor didnt send out my application form(never sent out), and at the last minute he just gave me an enrolment letter.... without filling in any application form.

As for EMA, I still havent recieved mines...

That happens man, theres nothing you can do

That really sucks man, its really unforgivable and theres no way they can justify such a delay. You should complain and take this further, and if you do in fact loose a place at uni because of the delay you should consider suing your college over it.

I'm pretty sure it doesn't matter how early or late you get your applications in (unless it's after the deadline) because most unis don't start looking through them until all of them have been received.

moozxy said:
I'm pretty sure it doesn't matter how early or late you get your applications in (unless it's after the deadline) because most unis don't start looking through them until all of them have been received.

Yeah I got postcard thanking me for my application lol. I'm sure that unis take early applications into consideration seeing as arctic_flame has already been accepted if he gets the grades he needs.

@p1ngpong and kamui: Thanks for the concern...

@p1ngpong: Her reasoning for delaying my application is that she wanted my help getting the references from my chemistry teacher but I think its a load of crap. She's a fucking teacher here and walking across the campus to ask for a reference is nothing hard. But I can't say much about it seeing as I never showed up for tutorial after I finished my application... 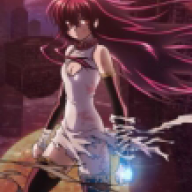 DUDE do what i did.
i never applied for college in time. i called up the 2 or 3 colleges i wanted to go to more than two months after the deadline. their classes had already started. i told it to them straight: look i have these grades, do you have room for me in any of these subjects..... guess what... i didn't get a single rejection.

reasons why this may work for you:
1. your grades are amazing.
2. the colleges only really care about your money
3. they have special seats reserved for late applicants (all colleges do this cuz most of the time not all students who applied and confirmed, will attend.)

The deadline's April isn't it? (okay been a while since I did this so I'm guessing). I'm sure it'll be fine, the majority of applicants probably don't send them in until about Febuary anyway. And universities usually have places left over at the end anyway to pick up people from clearing so I wouldn't worry about shortages if I were you. They do look at applications and give people offers before the deadlines, but I'm sure they still have plenty of places open later on in the process.

Even so, your teacher's an arse. If they'd explained to you earlier that they were having trouble getting a reference you could've marched on over to Chemistry and demanded one yourself. And what about all the chemistry students who applied to places with an early September/October deadline? Surely their references must've come from somewhere. The more I think about it the more I'm starting to agree with you, something doesn't quite add up here.

K
So I tried to mod my 3DS XL and I think I bricked it.