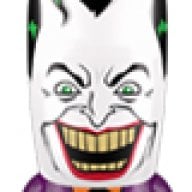 I seriously don't feel that old and most people say I don't look it but I am 33 and I accept it. At least I still have my hair unlike my brothers

Being born in 1974 I remember when video games started to appear in my home town back in New Zealand, being that far south NZ tended to be a little behind things like that compared to the US or UK/Europe. As a little kid I looked forward to going into the City and getting to play Space Invaders and Pac Man, it wasn't something I got to do often so it really stayed in my memory.

It was either for a birthday or Xmas, I can't remember anymore, that my Mum bought me my first (and for a long time only), video game Mario's Cement Factory.

Mario's Cement Factory
It's a pretty simple game by today's standards, you ride up and down elevator's making sure the cement doesn't over flow and land on the guy below who must be Luigi but isn't named. They sure knew how to make games back then, I dropped it in a river once and after drying it out it still worked no worse for wear. I came across it the other day, I've managed not to misplace it even though I have moved many times including countries, so I think I'll have to stop and pick up some batteries for it on the way home.

I just remembered that my brother and I also had CASIO game calculators, one was musical, one you had "shoot" the missing part of a number 8 and the our favorite was the boxing game CASIO

These days I have my blue DS Phat and white DS Lite, a modded Xbox and the original PS1 and PS2. I'm a casual gamer that usually waits to get a new system or game and I like games I can go back to months or years later and still enjoy.

Anyway that's a little about me.