Is it just me or is The new moonshell not working with Cyclo? Because I have tried all of the betas, 1 through 5, and they all lock up at start up when it starts to load. 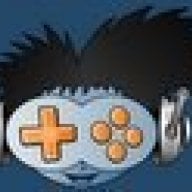 May be just your Cyclo or everyone's, I use iSakuReal 1.3 and it works fine in TouchPod, Sakura and iTouch

There's more problems than that if you translate the Japanese text on his homepage.........

I have already notified Narin and shaunj66


Here is the translation:


In the future it shaves several years and with the weak pan becomes the raw murder that it is probably will be, dismally it is to do barrel expectation, but this time - is with large punch cleanly hitting, it is Moonlight of dying state, densely it is, it is the [wa].
As expected, this is the quarrel selling too much, don't you think?? With when you telephoned, if there is a complaint, speaking directly it is with to the president you called.
Here may bear misunderstanding, because is, when already it supplements a little, at least from just the Japanese country the hand is pulled, that you promised, when (as for me M3 Sakura commercial value period it remains and they are approximately four months, it is to step on, but because also withdrawal preparation it is, around spring it perseveres and increases! When, with being said, however you were surprised, (laughing)) it does with long digression, well even then promises once, in the future M3 Japan does not produce one stamp to Japanese edition, also the promise that it does not sell positively, did. It has protected both, because it seems, such a circumstance complaint calling to the hatchet, it is helpless, don't you think? - you cannot say directly, being understood, it is the [te] not going. As for equal to the number of sales…Demand and supply it puts out and it is not possible either to shave, however probably is. In a word as for without being possible you promise just becoming, releasing. Don't you think? well aside from that, there is no complaint and your [tsu] [chi] [ya] [tsu] [te] [me] is in [te] grumble -. When [tsu] [te] story was done, because [are] was said lastly, well as I the [a] you say directly? It is [tsu] [te] feeling. The [a] sufficient being understood [zu] and others [ku] you wrote! Directly [bu] [tsu] [chi] [ya] [ke] [ru] air being agreeable completion!

It is! M3 Sakura made me! Buying this, if you insert this, comfortable Sakura where also the marketing game moves enters into the hand! As for me however it is not tried, don't you think?! The it is! The game the [tsu] [te] which moves you have known! If the [tsu] [te] you say, or knowledge and others are not, it cannot make, such! Bug saying, direct and others being said, it went to also China and! As many as three weeks. (As for being non remuneration even when assuming, that it is good, Chinese I who cannot talk saying, how it does, is, don't you think? (being able to sell wry smile Sakura, I even one Yen do not make a profit, but if well you sell and in the base several hundred million [tsu] [te] you say refer to the small-to-medium-sized game manufacturer it does with the large hit more than enough, the [yo]? There are no times when you desire to me above this don't you think?! Don't you think? perhaps I saying, whatever because there is no influence in the sale, feeling at rest.

DS it stops already. The [tsu] [te] you say, or development stop. Extending ? being harassed prickly, because complaint we would like to say, you said directly. Because there is no hobby other than programming, don't you think? among those it dies. But as it is called in by yourself and that when the program you stop, lingering shortage it passes and is when (with laughing latest case the antipathy buying [tsu] [chi] [ya] [tsu] [te], I die from the well enough various places, the person whom you rejoice are not few, it is the kana which is not? That good bye -.

Without sending the mail, don't you think?. Without seeing, you eat, the [chi] [ya] .

Moonshell is stopping development check here if you guys don't believe me, even the first sentence in english tells you: Moonshell Homepage

Ok I finally got it to work, but how do you make it run with the Icon on the CycloDS. Where the original moonshell normally is? I used to know how to do this because I onec had DSOrganize instead of moonshell but I dont remember anymore. 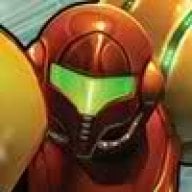 rename the m3sakura.nds to moonshell.nds and place it in the moonshl folder on your memory stick's root

Sorry to threadjack, but seeing as CheatingSoi's question has been answered, and my question fits the thread title...

I have a problem with Moonshell 2's screensaver clock theme.

The default clock theme is just ...well, let's just say that it's the only thing I don't like about Moonshell 2.

I can change the background pic with the pink streamer pattern easily enough, but the pink stylized font the clock uses is a frikkin' eyesore, imo.

I'd also like to change the calendar's date format to DD/MM/YYYY - the original Moonshell used an .ini file that was dead easy to edit, but I can't find anything similar in Moonshell 2 - it looks like the settings are all in .dat files instead.

EDIT: Okay, thanks to wolfmanz51, I have the answer. To change the colour and font of the clock, I need to make myself a new Moonshell2 skin.


...and I thought this was gonna be the work of a few seconds and a quick tweak. No such luck...
R

to get moonshl 2 woking you need to change the moonshll2 nds file to that same as the old one like on the R4 it is _DS_MSHL.nds (i dont know what it would be on the cycloDS) but keep the folder name as it was when u downloaded it

so like on the R4 i have the files and folders

Homebrew My moonshell isn't showing the games I added recently.

@ sombrerosonic: Bedrock for my freinds because they use consoles and java for everything else 39 minutes ago
Chat 0