Hardware Might have bricked my Wii U by installing Nintendont

So I was trying to enable controllers for Wii games and to get GameCube games working (since all I was getting was the infamous black screen when booting them) when I thought it was a good idea to follow this YouTube tutorial about installing Nintendont through Homebrew (I had already tried manual installation and Teconmoon's injector and it wouldn't work).

Anyways, once I downloaded the files and completed the Nintendont installation, I tried to go back to the Wii U menu to boot the app, but it got locked in the loading screen and every two seconds it would switch to a black screen. Whenever I turn the console on again, the same loop keeps going.

I saw something similar happened to a user here, and they were able to solve it by leaving the Gamepad far from the console so it would force its desync. I did it and instead of getting the loop, the Homebrew menu was booted right just after turning the console on. The problem's still there since if I turn on the Gamepad and press the home button from there, I still get stuck on the load screen. Any advice? 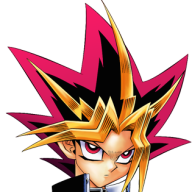 I will let someone else try to help you fix the issue as I'm not sure what you did wrong.

EDIT: Also please post the link to Youtube video so we can see what you tried to do.
Reactions: MrCokeacola and BIGCAP2727
B

I will let someone else try to help you fix the issue as I'm not sure what you did wrong.

B
Homebrew Wii U Bricked help...

C
Homebrew No output on TV with F-Zero GX on Nintendont vWii.

@ Psionic Roshambo: So a black skeleton? Hmmm why are all skeletons white? That's racist!!!! Lol 8 minutes ago
Chat 3