Like the title says the M3 Real is saying that the GBA slot2 device isnt there.
I believe it is just a random defect, but other might have had this issue too. If so what was your solution.
Kickgaming is willing to exchange it for another GBA pak(so I can can keep the Real itself with me, which is really nice)They also replied to me within 15mins a giant thumbs up there.

I tried using 2.5beta 2.7 and 2.7d none of which helped.(all downloaded from here, especially since the m3 site has reached its limit. tried Tetris world and Mario Advanced 4(SMB3) both usa.

Also there is a scratch on the sticker label about half way down, and the screw in the back fell out, though it still holds together fine.

I believe the problem is with the board, the "teeth" dont come down as far as a normal cart or as far as the rumble cart, and so leaving a bit of unused board below them. Looking at the m3 real review The teeth on that one seem the right length so again I believe it is a random defect, just thought I let everyone here know in case they have the same problem and also to let the m3/g6 team know since they come here.

Edit: The Real is able to play normal GBA games which also points to the pak.
2ndEdit: Other than that I love it. Nice graphics. Easier to get started(just moving the system folder) Rumble for the second I felt it was nice(I dont have any supported games so I only felt the split second rumble at start up. It even has a power saving mode if you leave it alone for a moment(I guess like a DS open sleep mode, only in the menu though)
so I give it a 7or8 of 10 would be 8-9 but I havnt tested the GBA pak so that other point will come later.
T

"The Real is able to play normal GBA games which also points to the pak."

I can boot a GBA game from its original cart. So the real is able to read the slot 2, but it cant read the GBA pak that enables it to play GBA games from itself.
K

Yes the DS is able to register it. So i guess the card teeth are fine then. But the M3 real still doesnt. Gonna go ahead and try system 2.8 and see if that helps. And 2.8 is a no. 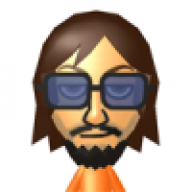 I think this is a software problem. The GBA expansion works perfectly untill you load a GBA game or a GBA homebrew program. After that it wont get detected anymore until you either re-plug it in or use the slot2 reboot feature (the upper right button in the m3 main menu).

So basically you have to reset the GBA expansion every time you want to load a new GBA game. That's at least how it works for me.
K

It has never loaded a game at all, homebrew or Nintendo licensed.


Sent it back so maybe I will get another in a month.... sigh this is probably the biggest downside to internet shopping, defective stuff takes forever to sort.
F

i have the exact same problem on my m3 real. I tried to boot the slot 2 from the m3 it didin't make it work either

other people have had the same problem and fixed it by charging the ds completely with the gba expansion pack inserted. This solution did not work for me, though. I contacted kick gaming and they did a speedy exchange. The new card they sent me works perfectly

I have to correct my above statement, my GBA Expansion works at a random base. Sometimes it gets detected, sometimes not. I'll send mine back, too. Great, this will take at least a month, German internetshops are far away from being professional.

BTW: Is there perhaps something wrong with the Tokio Trim Tool? I'm using it to trim GBA roms and directly write them to my GBA folder on the card. Could it be that a trimmed ROM somehow disturbs the RAM pack?

The really strange thing is, that my GBA pak gets detected every time when it has to save the savegame from SRAM to the card, but if I want to run a GBA game directly afterwards (without restarting the DS) it tells me in 70% of all cases, that I don't have a GBA card in Slot 2. When I reset my DS afterwards it will work again in 70% of all cases.