Hacking LU72 preloaded with 4.0U in Canada

Tonight I came into contact with my first Wii that was greater than LU55 in person. This Wii came with 4.0U preloaded on the system. It also came with this ridiculous video tutorial on how to connect the Wii to the internet and the benefits of this. This bloody movie tutorial chewed up 1183 Blocks of system memory. Anyhow when I saw this model I did a google search for LU72 and yielded nothing, I guess everyone just lumps it into the LU64+ category. Like the LU64 and up the boot2 does not allow for bootmii to be installed as anything but an IOS, bollocks if I do say so myself. Anyways I just thought that I would make a confirmation that this model of wii can indeed be safely updated to 4.2U and HBC and DVDX do install along with CIOS and the other available goodies. Install was just as simple as any of the other models. Out of curiosity though how long has Ninty been including that dumb movie channel? I've had my personal Wii since a month after launch so I have not seen this until today. 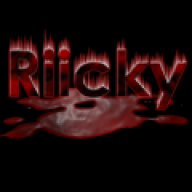 mate of mine bought a new wii the other day. came with 3.4e and that stupid huge video. how bloody stupid is it. so many poor new users wont think to delete the damn thing, and it uses over 1000blocks of the wiis already limited storage.
S

that video has been around for awhile , i've deleted it a bunch of times :]

agreed. I bought my WII in March 2009 and it was a 3.4U version from Target (had dust on it, surprised it wasn't older). Anyway it had the video, of course i deleted when i installed the Internet Channel.

Theres supposedly a new drive out in newer wiis that will not read burnt games at all,but it can still be modded to play from usb/sd

I'm curious to the length and format of this movie. 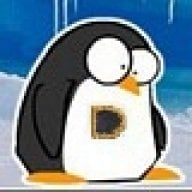 I had the same problem with my sister-in-law's Wii, they bought it recently from Zellers and it also has an LU72 serial number. After using Bannerbomb and TBR to install cIOS38 rev14, no matter what I tried I couldn't get burned DVD's working. We weren't actually trying to get copied games working (even though I did try a copied game with NeoGamma and failed with DVD Read Error), we were trying to set up MPlayer CE so they could use their Wii as a media centre to play DivX files, etc. When I tried loading up MPlayer CE and opening the DVDR, basically nothing would happen.. no error message, nothing, the program just wouldn't open the disc. Same goes for Geexbox.

After a lot of tinkering around, I was unable to get DVD-R's to read on it and ended up settling on USB storage so they can watch their videos. My guess is as others have stated, that LU72+ Wii's have the new D3-2 type drive that has the DVD Video commands removed from the firmware. With no DVD Video commands, cIOS has nothing to exploit in order to get the Wii drive to read DVD's.

Basically, to get an LU72+ Wii (or any other Wii with the new D3-2 type drive) to read DVD-R's, the only options are:

1) Replace your Wii's D3-2 drive with a D2C/D2E drive that still have the DVD Video commands, so you can use cIOS to read DVD-R's
2) Install a modchip that works with D3-2 drives (not sure if these are on the market yet, personally I'm not a modchip guy)
3) Hope that some coders find an exploit in the D3-2 drives that allows DVD-R's to be read (not impossible but highly improbable)

PS: As a sidenote, it should be possible for a coder to write a simple app that would check to see if the DVD drive still has the DVD Video commands in it. This way, all you'd have to do is run the simple app to check if your Wii has one of the new D3-2 drives or not. At least this would help answer some questions instead of banging your head against the wall trying to figure out what's wrong. 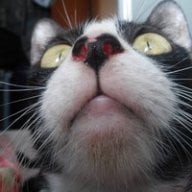 yeah there's a drive out there that can't play backups games'

but hey at least you won't be messing around with cioscorp, and just sticking around with usb/sd loaders wich is much safer and less comlicated for noobs

Slimmmmmm said:
I'm curious to the length and format of this movie.
Click to expand...

Yeah I saw that channel once on a friend's Wii, but I did delete and didn't even backup'd the channel, maybe if someone can upload somewhere that channel we can have an insight and have a native movie player for the Wii.....well not really since we can't mod the channel to display movies from the SD/USB..!!

N
Hacking Problems Playing Backups on a korean wii 4.0U