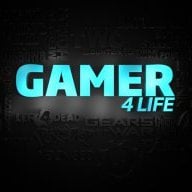 Hi everyone I need a little help here I have an xtra wii laying around that is on 4.1u and softmodded from last year but cant play burnt disk
So I have someone thats interested in buying it but doesnt want the softmod anymore.

So is it ok just to update online through Nintendo to 4.3u and remove most of the hacks from the softmod?

since your wii is capable of playing backup discs from the disc channel, u have darkcorp installed. And darkcorp maxxes out the version numbers of the custom IOSs it installs, meaning that nintendo will never be able to update those IOSs.

Since the darkcorp installer/uninstaller is giving everyone problems, I would recommend u use ModMii's Wizard, tell it your wii is NOT a virgin. It will also ask you if you want to install a patched IOS236, say yes to this also (that IOS will have the version patch, allowing you to overwrite darkcorp with standard, unmodified IOSs). You can say no to everything else. This will help u uninstall darkcorp by overwriting it with official nintendo IOSs.

Afterwards, just disable priiloader hacks or uninstall it entirely (if applicable), remove the HBC and any other custom channels you may have installed (or just perform a system format through the Wii Menu).

If you leave bootmii and cIOSs installed on the Wii it will be impossible for the new owners even know they are installed without resoftmodding the console themselves.

thanks Ill give it a try and see how it goes
if I have any more questions Ill ask.

also for mod mii Im updating my wii from 4.1u to4.3u to just use usb loader when I produce the guide it says to install all wads just press + twice
in the guide the wads are listed different than the wad folder is that OK just install all the wads?

Are you talking about 2 different Wii's now? You want to softmod one and unsoftmod the other one?

edit:
oooooh, I think I understand what your asking now... for example, the guide might say IOS60v6174 but the wad is called IOS60-64-v6174. Those are the same thing just different notation, so if that is the case, yes, it is safe to install those wads

sorry for not explaining myself better but you did get what I was aksing and yes it was + press twice.

anyways all is good and I have to working wiis the way I wanted. 1 softmodded to 4.3u and 1 virinized to 4.3u

I would have to say modmii couldnt get any easier


Thanks for all the help Xflak
have a good day....

glad it worked for you!

Hacking Looking for someone who can mod a Switch Lite in the region of Montreal.

@ Psionic Roshambo: Someone needs to take over a hundred or two of my Facebook girls lol 5 minutes ago
Chat 1