I have about 1 year experience with a SuperCard with a GBA. I finally got a DS Lite, and would like to get a slot one card. I am very unfamiliar with the DS. And the one I have is used.

Anyways I think I would like to get an Acekard. I thought about getting a DSTT they are cheaper. But it appears Acekard is higher quality for only about 3 dollars more. I also was told to get a Acekard 2i for future compatibility with a DSi, however I read on the wiki:

Should I buy an Ak2.1 or an AK2i?
Please first be aware that Nintendo has blocked the use of the AK2i's current exploit on the 1.4J firmware update. Current DSi kits should be purchased with this in mind. If you only have a DSi then use/purchase the AK2i. If you currently do not have a DSi, it is strongly recommended that you wait. As of right now none of the DSi specific functions (Games, DSi-ware, features, etc) have been hacked. There is a strong possibility that the encryption may never be hacked. Make your informed purchases carefully.

With this in mind, perhaps I should just get the AK2 or should I consider the DSTTi or is that gonna have the same problem?

Playing movies as well as games is important. Also I would prefer a card that uses a SD, Micro, Mini or whatever, but would prefer Mini or Micro as I have some already. But they are not HC. And they are 2GB. I also have 2 young sons who will be using the card, they love watching movies on the SuperCard on the GBA SP.

The Acekard 2i could be updated to the 1.4 fix. The DSTT could as well but DSTT can't play the new DS games and will never get a new update.
D

I am not quite up to the in's and out's but does this link show it is fixed?

Yes, the AK2i has found a way around the 1.4 block by imitating another game. I suggest if you're only going to use it in a DSL not bothering with the 1.4 block fix (unless it was a firmware update I don't know) as it'll just mean you see Danny Phantom on the game choice screen.

Another option is the Supercard DSOne(i) which is a very good card although soon to be superceded by the more powerful Supercard "DSTwo" which will have a CPU built into it allowing you to play GBA games and emulate the SNES better.
D

I really wanted a card for under $10. and the AKi is less than $13, and since it is much better quality than the DSTT, I figured I could splurge the extra $3. for the Acekard. I am a penny pincher and saw even the SuperCard DSOne is more expensive. Tho I use the SuperCard Micro for the GameBoy, as that is real cheap, and meets our needs well. I have 3 in my household. But I welcome any and all recommendations and advice.

So it appears the wiki is outdated and the AK2i is a sound purchase. Agreed? 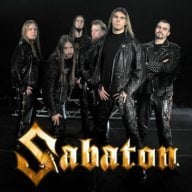 ... so i got an acekard 2i and no problems ever since

Nintendo DS Jan 26, 2022
CLDavi
C
L
Would like to buy a New *DS normal or XL, some questions about the features of each of them.