QUOTE said:
Lionhead just sent word that the Fable 2 patch they announced last month has been officially released and will be applied when connected to Xbox Live with Fable 2. So, no longer will the Abbott bug break the game and (sadly) no longer will children be able to be assassination targets. That feature will be missed. Also, in preparation for the release of next week's Knothole Island DLC, Knothole Island has been added to the Albion map. Go get 'em fellow hero!

* The Ritual/Monk's Quest -- "fixed the issue with the Abbott becoming unresponsive if you leave Oakfield before he finishes talking. This will fix the problem if you've already hit it, too."
* Rescuing Charlie/Rescue My Baby -- "after rescuing Charlie, you can now interact with objects."
* Guild Cave chest -- "resolves any issues with previous inability to retrieve items unlocked from Limited Collector's Edition, website or Chicken Kickin' game. If you've already hit this bug you should now get your items."
* The Spire (Part 2) -- "no more issues with ship captain being unresponsive."
* The Hero of Skill (Pirate King) -- "you'll no longer get stuck during Hero of Skill quest."
* T.O.B.Y./Trouble In Bloodstone -- "you'll no longer get stuck during T.O.B.Y. quests."
* Your child "will no longer be chosen as an assassination target."
* Furniture Shop in Albion (Bowerstone) "will now always have something for sale."
* Additional unspecified fixes
Click to expand...

A game should never be released with so many game ending glitches. What you'll see listed in the bug fixes isn't even all of them. They don't mention the one I encountered, for example. Upon reaching the top of Brightwood Tower your game crashes and the entire file becomes corrupt and unplayable. You have no choice but to restart the game from the beginning.

I conversed with a developer from Lionhead a multitude of times in order to help them eliminate the glitch that I (and many others) were encountering. There's a strong possibility it was a disc pressing issue. But that was never confirmed. I got a new copy of the disc and it worked fine, but again, that could be a coincidence.

I am slightly miffed that the bug I and hundreds of others encountered either hasn't been fixed or was relegated to "Additional unspecified fixes". We may never know if it was patched. 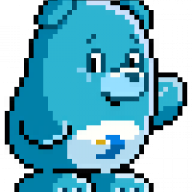 Sounds like I made the right choice playing Fallout3 first - my Fable II is still in the shrink wrap.

By the time I've finished Fallout3 (or got bored with it) then Fable II might be in a more playable state.

QUOTE said:
* Your child "will no longer be chosen as an assassination target."
Click to expand...

that sucks. i wanted to play this game..but not anymore.