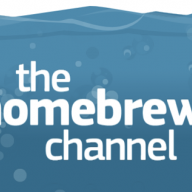 
Augsss said:
I know this is 2 years late but there is a new version of daedalusx64 which runs way more smoother
Click to expand...

D
Hacking Problems with the PSP,do not load ISOs