Hardware Is this a good upgrade to my ailing old PC

Now AFAIK it's generally best NOT to go for 'generic' stuff, so I was thinking of the following 'Customisations' & would like the 'tempers views on my choicesThis'll all come to a grand total of £999.37....


I will admit though I WOULD prefer to have the Chillblast AMD Radeon HD 6950 1024MB Graphics Card or Chillblast NVIDIA GeForce GTX 560Ti 1024MB Graphics Card graphic card instead,
And I'm not too sure if I'd fancy having the 24" Asus VS247H Widescreen LED Monitor as it may be a little too large to fit on my small corner desk (I have shelves that might get in the way - I could still use my exiting 19" monitor, can't see why I should chuck away a monitor that has done me proud all this time)

Should I get a better graphic card, or/& scrap having the Monitor (Keeping my old screen) ??
Could I get away with a lower PSU for the upgraded card ?? (save a few quid)
Any changes I should do for 'future proofing' (Remember my budget though AND it's gotta be on offer by Chillblast)

Oh before I forget - I mainly use PC for the occasional Photo/Video editing, Game playing like TF2, Portal 2 & Minecraft + general browsing internet - although I have in the past 'tried' 3D animation

I think you could make your own pc for that money.
If you keep the old case and other external stuff.

He could keep his old case, but newer cases tend to have better airflow.

Anywho, for ideas on what a balanced build should look like, here's a build taken straight from CPC magazine for £986 (inc VAT):

Now, there are some obvious areas where you can make a saving in that build if you wanted, but this is what a well rounded build should look like. Personally I'd rather get 600W minimum for the PSU, but that's just me knowing that overclocking and filling all SATA ports with drives will create a little more power tax than a basic system. Remember that the emphasis on CPU vs GPU vs budget should always fall upon what it is you intend to use your computer for. If you're an office worker, you don't need a core upgrade (mobo, CPU, RAM) but faster drives (SSD, HDD, RAM). If you're a gamer, all you need is a low/mid-end CPU and as powerful a graphics card as you can afford. If you're a graphics designer, you need to emphasise strong CPU AND GPU to get your assignments done faster and smoother (plus you'll want to get yourself a true-colour monitor, which tend to be a tad more pricey).

Also, what I've done in the past is get the new big shiny monitor, then put my old monitor right beside it for dual-display. Since my first 22+17" build, I've been unable to go back to a single monitor setup, and am currently using a 24+22" build (occasionally using the 24" vertically for manga reading, which is just awesome). 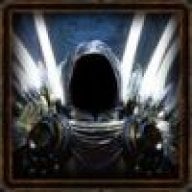 I would just get a new PC at that price.

DCG said:
I think you could make your own pc for that money.
If you keep the old case and other external stuff.
Click to expand...

It's been a while since I've actually done something like that (Pre-2000 IIRC) & even then 'things went wrong' in the build & was such a hassle getting replacements, that's why I usually go for [online] shops to build it - if things go wrong THEY have to sort it out

Originality said:
He could keep his old case, but newer cases tend to have better airflow.
Click to expand...

Personally I'd rather get 600W minimum for the PSU, but that's just me knowing that overclocking and filling all SATA ports with drives will create a little more power tax than a basic system.
Click to expand...

Not planning to overclock (although Chillblast does offer an option for that) & as said I MIGHT put my old HDD inside the case, but not planning to fill up the PC with drives - 600w is really the bare minimum I should go for ?? - I've read the better graphic cards I've been looking at require a minimum 500w supply so I was thinking 600w is the minimum to have to allow for any 'overheads' that may come about

Also, what I've done in the past is get the new big shiny monitor, then put my old monitor right beside it for dual-display.
Click to expand...

chains_of_andromeda said:
I would just get a new PC at that price.
Click to expand...

Basically the one I'm looking at IS a new PC, just with a few modifications done by the company - if there's any problems in the build it's down to THEM to sort it out

Thanks for the suggestions etc.....may still be a while before I actually go ahead since I still gotta save up the money (might even be better stuff on offer later for same price !?!), but even so - that system I've been looking at seems to be 'good enough' for me I reckon

500W is fine, but I like some headroom just incase. A PSU is optimal at around 80% load. Getting extra protects against underflow as well as making it safe for upgrades. Especially, a good PSU with a high enough wattage can last 2 or 3 generation leaps (over 10 years or so). To this end, my 1kW PSU will stay with me at least another 8 years, providing I take care of it.

For the comment on the monitor, I can only speak for myself. It's up to you to evaluate your own workplace and see what works best for you. Like what size case to get - if you're limited on space, I doubt you'd want to get my Antec 1200 behemoth of a case.