Homebrew How to apply the widescreen patch to TWiLightMenu? 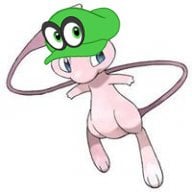 So recently I've seen some information about some widescreen patch for the DSi mode on the 3ds. My question is, how can I apply it?

it says in the twilight menu++ official thread. do note, it doesn't work with every game. I applied the patch last weekend. it's pretty easy to do.

edit: super mario 64 is one game it works on. that's where the screenshots are taken from. if it's widescreen in that game, then you've done it correctly. I actually redid my entire twilight menu++ installation, because it was widescreen on everything. I'm not really sure what they mean by not working in every game, 'cause some of the games it's not supposed to work on (like dragon quest ix), it works. maybe it's unstable for that game or something, but twilight menu++ will know which games to do the widescreen patch on. you can make it widescreen on everything if you put the file in sysmodules of the luma folder. twilight menu++ is supposed to transfer it there if the game is compatible, then transfer it back in a split second, but mine wasn't do that (hence the reason for a new install). it was remaining in there.
Last edited by godreborn, Aug 20, 2019

Tanks for the help, just installed it and seems to be working, just tested with Super Mario 64 DS.

How to apply an english patch to a game on hombrew

@ K3N1: All that Viagra powder inside that balloon is keeping it erect 13 minutes ago
Chat 3