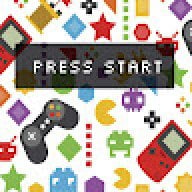 Hello, i recently bought an wii, and he was working fine until an few games freezes and the idiot that is me, used the solution that worked for me on other devices, unplugging the power source and plug again while the device was on or off and since i couldn turn off the wii because of the freeze, i done the unplugging and plugging many times in an short period of time (minimum of three times according to my sisters, cant remember how many times i done this) because my sisters insisted to play the games that freeze the console if i do certain things, now the healthy and safety and the system menu now have only an black screeen (I can only connect the wiimotes in the health and safety screen) and everytime i put the hd device on usb port 1, it turns off and cant turn on.
But luckily, i have priiloader and bootmii (as an ios apparently, can run from homebrew) but i dont have an nand backup and i also dont know an way to discover my system menu version to try methods of fixing this problem.
Just another question that i couldn't put on the title, is if theres any way to connect the wii without the system menu?
Anyway, i also discovered that if i try to load an dvd on my usb loader gx (after it appeared this problem) the wii will turn off and he cant be turn on. And the dvd, well, he gets stuck (Had to do an trick on the internet to eject him) and without the dvd on the wii, the wii turns on.
So i been also wanting to ask, its possible to change the version of your wii to an older version like going from 4,3u to 4,1u because i couldn find the files of an nand formatter of 4,3u. only of 4,1u.
also if i try using the nand restore without nand backups (I couldnt find any nand backup on the sd card that came with the wii)
Another question:My menuify has an black screen as well and i cant find an solution to fix this since i found that one of the methods to fix this black screen, needs him to work.
And before you ask how is the condition of my bluetooth or wifi modules, i don't have an single idea since i cant tear apart the wii and i will only go to an place to check it out tomorrow also i only have an month to fix this or otherwise, will return the wii and i live on brazil where video game consoles are pretty much expensive (my wii price was R$700) so when i get another chance to get another wii, it will be pretty much impossible due to the currency being an problem here.

Edit: this should also tell you your firmware version
Reactions: bonkmaykr and jeannotte