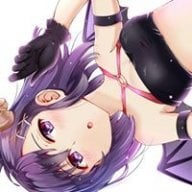 And related to the title of the thread

Afterwards, I acquired a New 2DS XL and had the idea to use your 4GB SD for use in the DSi.

After copying/pasting everything from the 16GB SD to the 4GB SD, place it in the DSi and boot directly into Unlaunch, they also disappeared:

And instead only as random character files.

When I place the SD on my PC, the files are there unchanged. They just don't show up in Unlaunch.

Will I have to redo the SDNAND process with the 4GB process for it to be fixed?

I can still boot TWLMenu++ using the main.sldr so I'm not that worried

@ DinohScene: check the wiring on it, might have gotten loose over the years +1 A moment ago
Chat 2