Hardware Help determining whether SD card is fake or not

I got a 400GB sandisk card around a year ago. I ran some tests on it then to confirm it was legit (FAKEFLASHTEST etc) and received no errors, but as of today, I'm unable to format the card. I've tried different programs (EaseUS, diskpart etc) and the formatting always completes without errors, but it's not actually being formatted, the data remains (the same goes for cleaning the card). Now I've run FAKEFLASHTEST again along with RMPrepUSB and they're both reporting errors at numerous blocks. Has this been caused by some sort of fault, or was the drive fake all along? Is there anything else I can try to fix it? I've also tried disabling read only access, but I don't think that was ever the issue.

Probably the card is dying, you can try running a h2testw test on it with it being completely empty.
C

Hayato213 said:
Probably the card is dying, you can try running a h2testw test on it with it being completely empty.
Click to expand...

Maybe you're right, FAKEFLASHTEST is saying that the usable partition size is 8GB, but I was running my 32GB emuNAND off it so I know that isn't right. When I first had the card I had 100GBs worth of content on there and no issues. I'll try h2testw, avoiding it as it takes aaaaaaaaaages.

pretty sure sandisk has a pretty good guarantee on their SD cards, i always find these kinds of guarantees a bit sketchy as you need to send in your old SD card which can be problematic if its faulty and has your private data on it, i know there is a android app that reads the chip vendor ID and stuff to confirm it matches an official SanDisk sd card, but again with your data being locked on the card idk if finding out if its fake or real will really help unless your happy to send in your data to SanDisk for them to verify its a genuine card
Reactions: Hayato213
B

This may sound odd, but after flashing certain images using balena etcher, my windows OS default and including gui format does not reformat the full sd card or recognise its actual size. My found solution was to use the Mac OS disk utility program to erase then reformat the sd card. This seemed to be the only way I could find to restore its full original state.
Last edited by Basketto, Aug 27, 2019
C

I don't have access to a Mac machine unfortunately. And cheers @gamesquest1, I'm really hoping that's the case as I've only had the card for just over a year - been waiting for the Sandisk support team to go live 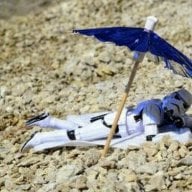 Search on youtube a trick to check it, I saw in the past by looking the reflection in the gold pin connections