Hacking Having trouble setting up USB loading, lots of crashes

Okay, I have an IOMEGA harddrive. I have a data partition on it, and created an NTFS partition on it using a Windows partitioning tool, then formatted that to WBFS using WBFS Manager 3.0. I put the games on it by using "WBFS For Mac OS X". I installed the newest Waninkoko's CIOS. I've followed the (slightly older, I think a month ago version) "modify any Wii below 4.2" (aka the simplistic mod) guide, so Hermes CIOS has been installed as well.
First problem is, when I start up the application in the normal way... It crashes. Every single usb backup loader i've tried, crashes. But, if I first start up the Wii, then start up the usb loader, and THEN turn on the drive..
In Configurable USB Loader, it shows the games. But when I press A to boot them, it hangs on "booting wii game.."
In USB Loader GX, it popped up a dialog box saying I needed to format the drive.
In NeoGamma, it doesn't show any games, and crashes.

Do I have an incompatible harddrive?
I've searched the forums plenty of times, and spent about two hours searching for this issue, but I didn't find much. So please don't answer with "USE THE SEARCHBOX".

Would one of you guys help me with this, please?

EDIT: Nevermind, the problem was that I used NTFS and not FAT32. After I reformatted it to FAT32 and then to WBFS, it worked, but showed a black screen. Turns out I was using an incompatible game to test it out. Boom Blox Bash Party didn't work, but New Super Mario Bros., The Conduit, and Super Mario Galaxy did. 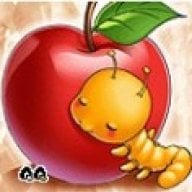 I'd better run games from disk to verify you Wii system being ok, then use USBLoader
C

I got it all working now, and the only game that doesn't work is Boom Blox: Bash Party. If I start up the loader while having the external hdd turned on though, it crashes. If I start up the loader first, then at the part where it checks for harddisks/sd cards and it counts down, turn on the harddisk, then it works, and i get the list of games. Any of you guys know why this is?
K

Isn't Bash Party compatible? I had not heard of that

@ M4x1mumReZ: Don't know if you can disable such notifications through the settings. 2 minutes ago
Chat 1