Gaming Getting a PSP Soon

Hi I'm getting a PSP 3000 soon but does it have the ability of cfw yet? Yes I do know about the gripshift exploit and i will be getting a copy of that along with my psp. Also for my memory stick I'm getting on of these, along with two of these. Will any of this give me complications? And what do I do to get the best psx compatibility?
D

As far as I know, PSP 3000 doesn't have CFW yet, I wouldn't know about the memory sticks, and for best PSX compatibility, get CFW and use pops loader. 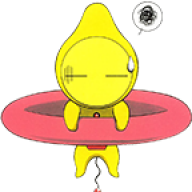 sjones900 said:
Will any of this give me complications?
Click to expand... 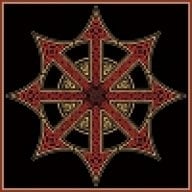 sjones900 said:
Hi I'm getting a PSP 3000 soon but does it have the ability of cfw yet? Yes I do know about the gripshift exploit and i will be getting a copy of that along with my psp. Also for my memory stick I'm getting on of these, along with two of these. Will any of this give me complications? And what do I do to get the best psx compatibility?

No HEN or CFW on newest 2000 / 3000 models at all at this moment in time as far as I know, this means no piracy or emulation (even PSX, if you don't count buying the old games). Buy the memory cards later on because right now unless you actually plan on using it as a huge mp3/4 player it's not worth it as by the time it's cracked the pricing will probably have changed.

Not at all, my fakes have all happily worked on every PSP I've installed CFW on. A lot of the fakes aren't half as bad as people make them out to be, the minority who do get the shitty ones are simply most vocal.

Well I found this

Its just an info video, but if team GEN has it working and is going to release something soon I'm getting me a copy of GripShift.

Old, patched in 5.03 already by Sony, not going to be publicly released and even if it were Gripshift is almost impossible to obtain now for a reasonable sum. The best you can hope for is that the current work on breaking into the actual hardware to get at the pre-IPL comes up trumps.

-sigh- Why do people keep making these threads?

THE PSP 3000 SERIES CANNOT RUN CUSTOM FIRMWARE AT THIS TIME.

Trust me, when hackers figure out how to get the 3000 series to run CFW, it will be all over the net and you'll know.

Just get a PSP, buy a few good games (there are plenty to choose from) and enjoy the PSP for what it was originally intended for. Then, when a hack comes along you'll not only have access to CFW but you'll also have a PSP with a history you're certain of and a (hopefully) non messed up control nub. I'd always be a little dubious of buying a second hand PSP due to nub drift, pixel damage, and the unknown flash rewrite history.

Well right now I'm short some money the PSP here costs $169.99 and I only have $62.50 lol but I plan to sell my wii games because i have it soft modded, and that should give me a little boost to approx. $110.50. And maybe I might sell my ipod, mainly because of its small mem. capacity only 4 GB. And I'm trading up to 16 GB. and that should do it for the console but I need the memory stick and I was planning on getting on of those expanded battery covers so I could use the phat battery.

Or you could just get the 3K model and not be a cheapass.

Vampire Hunter D said:
Or you could just get the 3K model and not be a cheapass.

That was my original plan, and I'm still following through with it.
B

That's how I was when I had my 1000 it had an "unhackable" firmware on it then the luminous exploit came out two months later but in the mean time I never upgrade my firmware to make sure another firmware didn't prevent me from cfw.

^See that's my thing. I have the Slim 2001 model from the Daxter package. I imagine if I wasn't diligent about firmware upgrades (it has 5.03 on it) I probably could start swiping stuff if I really wanted to figure out how to flash things to make it do that + setup a pandora battery(ie: buy as I can't make one.) I just don't see a reason to. All the stuff I've picked up for it so far have ranged mostly in the $10-20 range with a handful up to $30 and I got Wipeout(older one) for $5. When you're paying at or less than the price of a DS game it's not worth the effort as I like to keep what is good so I support it. Funny enough though 75% of what I have was picked up used in fantastic shape, the others I'm a smart shopper. My first legit new (new and new release to the shelf) game will be Loco Roco 2 in like 2 weeks and it's $20.

I guess so but I really want cfw for homebrew like ir shell but that has to be made compatible doesn't it?

Well I found an interesting read on Dark Alex's website.

This is an explanation of the security that was added in TA88v3, and which will be likely in PSP3000.

When the PSP boots, the boot code (aka pre-ipl or ipl loader) loads the ipl from either the nand or memory stick. The IPL is splitted into pieces of 0x1000 bytes.

First 0xA0 bytes of each block is a header for the kirk hardware command 1. It contains keys,
the size of the cipher data, and two hashes, one for part the header itself, and another one for the body. The 0xF60 remaining bytes are the ciphered body, which will decrypt to 0xF60 plain bytes... if the hashes, which are checked by kirk hardware itself, are OK. (Note: ciphered body can actually be less than 0xF60, in this case, remaining bytes are ignored... before TA88v3) Fir

The security of kirk hashes was destroyed by a timing attack, and the IPL became unprotected.
What has Sony added to fix this?

The answer can be found in 4.00+ slim ipl's. They decreased the size of the ciphered body to 0xF40 to leave 0x20 bytes at the end of each block (at offset 0xFE0).
As stated before, these remaining bytes are ignored... in pre-ipl's of psp's prior to TA88v3, and in fact, they can be randomized and ipl will still boot in those psp's. In newest pre-ipl's, these 0x20 bytes have a meaning.

The first 0x10 bytes is an unknown hash calculated from the decrypted block. It is deduced that is calculated from the decrypted block and not the ciphered one due to the fact that 4.01 and 4.05 have a lot of ipl blocks in common, which, when decrypted, are similar, but they are totally different in its encrypted form. In these two ipl's, this hash is same, as seen in the picture:

The second 0x10 bytes seem also to be dependent of the decrypted body (maybe dependent of the previous 0x10 bytes too?). In the picture it can be seen that they are different in 4.01 and 4.05, but they can actually be interchanged, you can move those 0x10 bytes from the same block in 4.05 ipl to the 4.01 ipl and it will still boot; however it cannot be randomized.

This protection also destroys any possibility of downgrading below 4.00, as these new cpu's won't be able to boot previous firmwares ipl's.

Summary: basically, all security of newest psp cpu's rely on the secrecy of the calculation of those 0x20 bytes. If pre-ipl were dumped somehow, the security would go down TOTALLY.

Well at least we know he's getting somewhere. SOURCE

yeah I realized that a few minutes after I posted but didn't want to mess with it again.

@ K3N1: Brady hops around teams like a hoe getting out of a car 16 minutes ago
Chat 2