Fatu was taken to a Houston-area hospital after his wife found him unconscious with blood coming from his nose earlier today.

He had returned from Australia just a few days ago after wrestling on the Hulk Hogan tour of the country.

He was released from WWE in June after failing a drug test and refusing the WWE's offer to attend drug rehab.

He is probably best known for headlining a Wrestlemania against Bobby Lashley in a match where WWE owner Vince McMahon put his hair on the line against the hair of Donald Trump.

Saddest thing is, this is the usual ages of wrestler deaths now a days, for example

And this is just a selection of wrestlers who've died in just the last 10 years. Wrestling may be scripted but damn you all for saying its fake. Wrestling is without a doubt one of the most deadliest careers out there, wrestlers tearing muscles right off bones, suffering neck, shoulder, leg and back injuries continuously and yet still coming back, while any other sport that would certainly be a retirement.

I love wrestling, I admit it.
And I thought Umaga was a great athlete, especially considering his size. I was at WrestleMania 24 in Orlando a few years back, I was one in the crowd actually cheering him on his match. But god damn you can not say this isn't his stupid fault. He was offered to go to rehab with the WWE footing the bill, and he turned it down. Yet because of the Wrestling-hating media, they're going to put the blame on wrestling in general because it's so dirty and everyone has to be guilty and it pisses me off.
R

Location
Somewhere in My Room

He was a great wrestler to me. 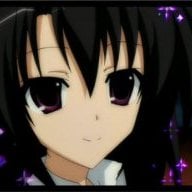 Steroids? He was offered rehab.....

Revolutionize said:
Steroids? He was offered rehab.....
Click to expand...

Revolutionize said:
Steroids? He was offered rehab.....
Click to expand...

So he was taking other drugs too....

RIP. I always liked the guy. I loved him ever since he beat down Flair in his debut.

R.I.P UMAGA.... WE WILL REMEMBER YOU AS THE SAMOE BULLDOZER

drugs availability is what the problem is... drug users should not only be banned but reported to force them to leave it or else we may have more cases like these for their defiance which results from drug effects and not actually from their own choices (intentionally)

@ Psionic Roshambo: Hey sometimes I even talk to people lol A moment ago
Chat 3