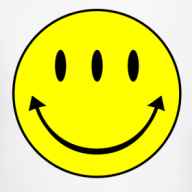 Since Halloween is coming up, I decided to make a thread where you list your favorite horror movies.

I really like the classics, heres my top five.

I am fairly sure we had this thread before but I am not going to turn up a chance. I could probably quite easily do it with zombie films but I shall curb that one before it starts.
Know that should I be flicking through channels on TV I will usually purposely skip the horror channel for fear that I will be sitting there all night.

Equally I am not quite sure what counts as a horror film so I will leave it at my favourite and hopefully pick up a few suggestions. 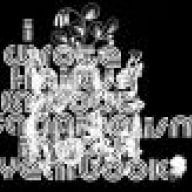 1. May - I have lost count of how many times I have watched this
2. Audition - one of the only movies that can make me cringe.
3. Haute Tension - released here as "High Tension" but I like haute better, not to mention, the french audio > english, anyways.
4. The Eye (2002) - this has been in my top movies list for a while (not just horror). the sequels, not so much.
5. The Hills Have Eyes (2006) - although I love the original, this is one of the best remakes I have ever seen, not to mention the guy who directed HT did this

6. Just Before Dawn - this is a nice little slasher from the 80's, it is one of the few slashers I have really ever liked.
7. One Missed Call (2004) - I have watched this so many times too
8. Rosemary's Baby - This movie have me nightmares haha
9. Ringu - this frightened me so much more than the remake when i was 11 haha, thought it isn't as frightening now, I still love it.
10. Vacancy - ok, this movie is not truly horror, but it certainly is frightening to me (and pretty underrated if you ask me), but it sure made me very paranoid after I watched it after it came out.

runner ups
Diabolique (1955) not really horror, but the movie is very suspenseful
Ju-on

I don't get scared easily (I would actually say many of these movies I have not been scared by (haute, audition, rosemary's baby and ringu) are the only movies that have actually frightened me from the list (just to note, vacancy was not really scary but it did make me paranoid 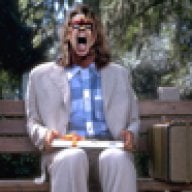 I enjoy way too many horror films and can't list a top 5, but if you're looking for some obscure but great horror films to watch then here's a few :

Nightmares In A Damaged Brain


Terror At The Opera


City of the Living Dead

That's not really a horror film so much as an exploration of fascism and sexual perversion.

I'm a sucker for suspense, so I thought Paranormal Activity and Blair Witch Project had to be in my list. Blair Witch Project is the only scary movie EVER that I watched at least 5 times. I thought Paranormal Activity was a bit too much of a Hollywood flick, but it caused me to wake up in the middle of the night scared as hell!

That's not really a horror film so much as an exploration of fascism and sexual perversion.
Click to expand...

Well I really haven't come across any good horror films lately and those were pretty much the first that came to mind. I knew that Salo was a bit of a stretch, but it would fall under the category of horrifying for most people.

If we are talking about the same 'hausu', i really wouldnt consider that a horror movie, I always thought it was more a comedy, if anything

MFDC12 said:
If we are talking about the same 'hausu', i really wouldnt consider that a horror movie, I always thought it was more a comedy, if anything
Click to expand...

Well most of my pick are both horror/comedy, and I'm pretty much a sucker for any film that can combine to two successfully.

That's not really a horror film so much as an exploration of fascism and sexual perversion.


Well I really haven't come across any good horror films lately and those were pretty much the first that came to mind. I knew that Salo was a bit of a stretch, but it would fall under the category of horrifying for most people.
Click to expand...

lol Yeah, I'll definitely give you that. Alot of people would be horrified by the films content! There is alot of shocking stuff in there depending on what you've watched before. I think alot of people would also be shocked because the production values for it are quite high really for the type of film it is and the cinematography is actually quite lush in some parts.

Good call! One of my favourite writers/directors as well. Got most of his films in my collection. It's a shame America chops up his films so much though. What they did the Phenomena was shocking. 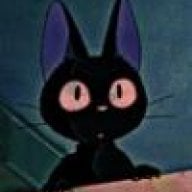 I really loved the alien/predator movies.
-The Saw movies.

Two of my faves as well! Shame what Tom Savini did to it when he remade it though. Not seen the most recent remake that they did in 3D yet.

Two of my faves as well! Shame what Tom Savini did to it when he remade it though. Not seen the most recent remake that they did in 3D yet.
Click to expand...

I usually hate remakes of movies. Classics are the best. 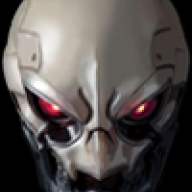 -Exorcist (when I watched this one certain event were mirrored in the real world while watching (for example when the phone rang in the movie it rang in our home as well, or when there was some bouncing on a door they bounced on my door too) which was not fun)
-Shining (it has a very unsettling atmosfere right from the first shot)
-1408 (loved the ending)

Well that's everything that springs out at the moment (seen way to many of 'em to really remember the titles). Though I do tend to stay clear of the zombie movies, they just don't strike my fancy.

Night of the Living Dead is a good one. I find it kind of funny too.
Dawn of the Dead is one of my favorites.

My top seven horror films are:

Carrie
Cujo
The Shining
The Blair Witch Project
Child's Play Series (horrible movie series, but it's the first horror movie I've ever watched)
The Mist
Sixth Sense
Paranormal Activities
The Grudge
Exorcist
The Hills Have Eyes
1048
Saw Series
Audition (only saw half since I freaked out)
The Silence of the Lambs
Drag me to Hell (one of the funniest horror movies I've ever seen)

As you can see, I'm a big fan of Stephen King.