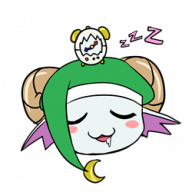 Hello, I'd like to simply ask if there's a way to add sensors to emulation specifically for DS? From what I gathered, the DS Motion Card and DS Motion Pak are motion sensors for the DS and DS Lite handheld gaming systems. They each contain a 3-axis accelerometer and a single-axis gyroscope, and plug into the DS to enable full motion sensing on the DS and the DS lite. So from the information that I gathered; Tilt Sensor used in "Tony Hawk's Motion/Hue's Pixel Painter." No emulators support this add-on yet. However, my question lies if there might be a chance in 2020/2019 for that to happen? I mean, the so far used supported by DeSmuME (Slot 2). Requires compatible Joystick for the Rumble tilt?
Reactions: Tarmfot

Possible? Sure.
Likely. I doubt it as there are still bigger challenges to tackle with regards to debugging, general speed, 3d, sound quality and other enhancements. Not to mention PC is still the lead platform for most emulation purposes and those don't tend to come with controls and nobody really cares about the games that support it, or having such things in them.

This said if you find a nice open source emulator (I would probably go with desmume but some seem to be enjoying this melonDS lark) I could see it being a nice learning project to add support for such things. If said emulator supports guitar hero then I would probably look at the code to see what it does there and adapt that a bit. While I said PC was lead for most purposes then I could see some android dev adding support to a phone build and if by some miracle that emulator is open source then that might help.

I don't know how the DS examples work specifically but if they are GBA slot based I would probably start with the GBA games with gyro and go from there ( http://problemkaputt.de/gbatek.htm#gbacartgyrosensor ), that or get one of the games (or just the addon) and rip it apart to have a look.

As far as getting a gryoscope input then I could see an arduino or teensy++ being hooked up to one of the many cheap gryo chips out these days (the rise of them in mobile phones caused prices, quality and availability to all do good things for would be tinkerers).