Upcoming fighting game Dead or Alive 5 has costume specific breast bouncing and transparent clothes.
The Japanese fighting game series is famous for its focus on female characters' breasts, but the next game in the series, due out on PlayStation 3 and Xbox 360, looks like it will take this to the next level.
Director Yohei Niibori told Japanese magazine Famitsu (via Andriasang) that the game's breast movement varies not just by character, but by costume. The clothing transparency level also varies by outfit.
The news conflicts with what Team Ninja boss Yosuke Hayashi told Eurogamer at the Tokyo Game Show last year.
At the time he explained that a promotional image, above, used to announce the game "encapsulates the kind of sensuality and the kind of beauty we're looking to incorporate into Dead or Alive 5".
He added: "So, guys who just look at chick's boobs... c'mon, there's more to women and more to beauty than just boobs, so we want to take a little more adult approach to how to make women beautiful."

Source
I'll leave the other pictures to you guys

I am ok with fan service :3 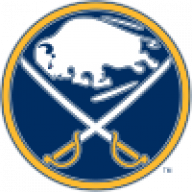 As long as it's a good fighting game then they can do what they want with the female characters. 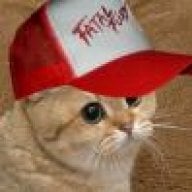 To bad they completely botched the actual fighting in the game. There is now a one button super combo thing that does retarded amounts of damage and its meterless so you can do it at any time. Also during this combo it sometimes lets you do a little quick time event that allows you to hit the opponent into objects for even more damage. Oh and they dumbed down the countering system from DoA4 making it easier to counter.
Without Itagaki DoA and Ninja Gaiden are screwed

As soon as this game comes out I can guarantee there will be modders working on a nude patch day one.
Reactions: 3 people

And yup guaranteed that a nudepatch will come.

Keep it classy, Dead or Alive.

He added: "So, guys who just look at chick's boobs... c'mon, there's more to women and more to beauty than just boobs, so we want to take a little more adult approach to how to make women beautiful."
Click to expand...

Yeah, and what better way to prove his point than introduce costume specific breast bouncing and transparent clothes

Gaming Dead or Alive 5 + last round DLC for VITA...