Hacking Converting PSN DeS to a disc based game?

The only reason I modded my PS3 is to dump my games for RPCS3. Apparently Demon's Souls from PSN doesn't work because it uses something called ISO2PKG, so the PSN version is seen as a Disc Game on the emulator so it won't run. It's a known bug in the emulator. Is it possible to convert it? 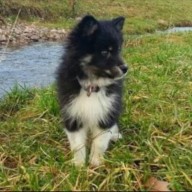 there is a folder called "disc" where u can put ISO's inside:
"\rpcs3\dev_hdd0\disc"
S

I've tried that before and it didn't work. Though I might try using MultiMAN to change it to an ISO. MultiMAN won't even let me play my downloaded PSN games as there's only a BD option, so the only option I had was to copy the game files to my PC using FTP and converting the rif file on my PS3 to a rap. At least that's how I got my PSN copy of Ni No Kuni running, so I assume DeS goes the same way. Apparently according to an RPCS3 dev I asked about, it's because Sony used a dirty trick to run originally disc only releases as a digital title by mounting the game files to the BD drive, similar to mounting an ISO. RPCS3 can't do this properly, so my idea is to try and convert the game to a proper disc version.

EDIT: These are the actual game ID folders, not ISO. I'm using MultiMAN to copy the game directory as an ISO file to my flash drive, though I don't htink that would make a difference.
Last edited by Selim873, Dec 17, 2017

Trying to Undub Ragnarok Odyssey Ace for PS3, having issues

Convert disc save to "eShop"