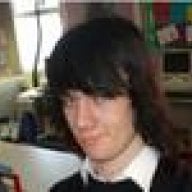 iv recently had my 360 flashed, and currently have a fully working R4DS, the person who flashed my 360 said he can get my wii chipped for £40 with 3 games, but i dont know what chip he uses, he said it has something to do with the age of the wii, and mine came in the first batch for the UK, can anyone tell me which chip it is that he uses?

he also says that it does get rid of the region lock, but it doesnt always work as it starts to download updates for the games from a US server and because its PAL it goes into an endless cycle and to stop this i should download the updates to my computer, write to disc and put that in my wii to update it, but is that even possible? 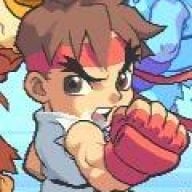 Just ask him what drive chip he is using and check the reviews and posts in the GBAtemp forums. If he's not doing it for free, he has to tell you all the details... Customer's always right.

just ask him!
tell him you want a wikey, mine work g8 over 60 games!
i only use pal games on it coz im scared off blocking it!

yeh i suppose i could use just PAL games, but some games are released in america and not the UK so i would like to try those, but i suppose i should only use PAL games to make sure i dont brick it 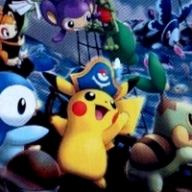 That update thing is utter bullshit, the only way to brick it is to install update from game discs that aren't your region. Just brickblock everything and you should be fine.

sounds like you don't know much about the wii.. read stickies here and on maxconsole.net, and do a search in both forums

i know boat loads of info about the wii, most in my area, i just dont know anything about chipping them

ask what chip it is and if its a cyclowiz or wiikey thats good. also the you dont need to brickblock all games just check here and follow the instructions for each game

ok, so which program would be best for me as im running windows XP and il ask him on saturday if i can as im going to get me some 360 games off of him then

QUOTE(tomqman @ Feb 13 2008 said:
ask what chip it is and if its a cyclowiz or wiikey thats good. also the you dont need to brickblock all games just check here and follow the instructions for each game
Click to expand...

It rarely hurts to brickblock though, so when in doubt, just brickblock and keep a unbrickblocked ISO which you can later burn onto a DVD RW in case you DO need the update.

no i mean which program for brickblocking as it says that some games only work with a certain brickblocker and others work with another, so should i use both?