I was on dash 16547 and for whatever reason my dashlaunch launch.ini was mucked up and didn't block live DNS so the console knows it's banned (this has happened before and I was able to fix it)
So in the past I've just flashed a clean NAND back onto the console and it was 'unbanned' (locally of course)
This time I've taken the original NAND dumped (unmodded) and then run it through xeBuild 2.094 to make a new hacked NAND and flashed that with flash360, powered off the console, made sure the network cable wasn't plugged in, booted it up and it still shows as being banned (DLC appears corrupt)
Is there somewhere other than the NAND I need to be cleaning up these records of ban?
A

There's a guide here
How To Uncripple A Banned 360 (not Unban!) but the page is down at the moment 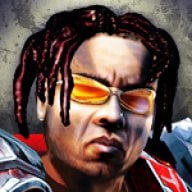 after a quick google search for "How to Uncripple A Banned 360" I found this it should help you out seems like the guide your looking for http://team-xecuter.com/forums/showthread.php?53541-How-To-Uncripple-Your-Banned-Xbox-360
A

Yea I had a read of that and it's impossible to follow really. I've got a 'clean' original NAND, so I don't need to swap keyvaults or anything like that, I should just be able to restore the nand dump from before the crippling took place. http://team-xecuter.com/uncripple-your-xbox-360-hdd-after-a-ban/ looked promising but the link is dead.

Also the Xbox-Scene Forums are down at the moment check back with them tomorrow they should be back up. the xbox-scene.com site is online just the forums are down

I don't know anything about modded 360's but I am guessing you may be able to get around the network issue if you unplug your modem from the router, reflash the 360 then start the 360 without removing the network cable. you'll fake there being a wired connection and if any connection attempt is made it won't work.
A

Nah It doesn't need (or have) a network connection so that's not the problem. Hopefully someone who has done this reads this at some point
A

This post http://team-xecuter.com/forums/showthread.php?77803-Is-it-neccisary-to-uncripple-banned-RGH-Xbox seems to indicate a restore/reflash should fix it but so far no good

Flash a clean hacked NAND to yer console.
After that, format the HDD (copy any saves to a USB) and recopy all games/DLC to the HDD.

Hope that fixes it for you.
Reactions: Margen67
A

Format the hard drive? I've not had to do thaf in the past. What's that going to do?

it reformats the HDD so all trace of the "crippling" will be gone.
Reactions: Margen67

Reformat A.K.A Zero out all data. All data is compromised of 0's and 1's change all the 1's to 0 and there is no data
Reactions: Margen67

I'm not being funny.
All I'm doing is being helpful.
A

Is there a way to check for flag/cripple now? Xval used to work but doesn't seem to anymore

MS removed the "crippling" in the 9199 dash.
It's odd OP suffers from this.

I'd say backing up every save game that's dear and starting fresh would be the best option.
Reactions: Margen67
A

Maybe It's not crippled. How can I test? Could it be the DLC got re-locked?

You could check it with 360 content manager.
If their locked you can manually unlock them again.
Reactions: Margen67

I wouldn't even bother. Microsoft told PC Mag, xbox live support for the 360 is ending Fall/Winter 2016.

Have you got any proof of that?
A

DinohScene said:
MS removed the "crippling" in the 9199 dash.
It's odd OP suffers from this.

I'd say backing up every save game that's dear and starting fresh would be the best option.
Click to expand...

It was just a misdiagnosis sorry, I had my left4dead2 dlc fail at the exact same time as the jtag got banned. Dlc still not working after unbanning the system though.

Microsoft Xbox 360 Sep 10, 2021
Blakejansen
B
H
Hacking Question I need help deciding how to proceed to set up emuNAND on my switch