Hardware Can I fix my Wii U? 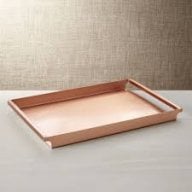 This Morning my wii u bricked in what's probably a really weird way. I was in the middle of installing Mario Kart 8 with Wup Installer GX2 (Before you start saying that I shouldn't be pirating games anyways, I actually had a legit Disc for Mario Kart 8 but lost it a long time ago so I thought of installing it so i could play it again.) When it got to around 5 percent in the installation, it crashed and made that annoying sound, so I turned it off and then on again and then tried installing it again. But this time during the installation for whatever reason I pressed the home button on the gamepad and it crashed again! But this time when i tried to go to the system menu it stayed on the screen that said "Nintendo" for about 30 seconds and then it said "Could Not Connect to the Wii U Console. Please Move the Wii U Gamepad closer to the console. Then turn the controller's power off and on again."(And my tv says No Signal when I go to the Wii U's HDMI Whether the HDMI cable is plugged in or not or whether the console is on or not.)
Some questions you may ask:
Q: Did you have a NAND Backup? A: No
Q: What CFW Did you have installed at the time? A: Coldboot Haxchi (With a legit DS VC Game), Regular haxchi (With a different legit DS VC game), Loadiine GX2 Forwarder, Homebrew Channel Forwarder, Retroarch (NXEngine) Forwarder, and the WUP Installer GX2 forwarder.
Q:When Did you get your Wii U? A: For Christmas during 2016.
Q: Did you modify any critical system files before the brick? A: No.
Q: What parts of the Wii U do you still have access to? A: The start menu, and if i press the sync button on my gamepad it takes me to where am supposed to enter a code on the TV so that I can sync it with the wii u itself. (Remember that my TV says No Signal and that I can't get any code because of that).
Q: Did you delete any files for cbhc earlier? A: No, but it's been a while since my wii u got bricked and i pretty much gave up any hope of being able to recover it so I formatted my SD card and started using it for modding my old Wii instead
Help is much appreciated

@ PeeJay Bonobo: So I guess it counts the active people in the chat. +1 49 minutes ago
Chat 0