I was modding a Korean Wii. I managed to get everything done (HBC, CIOS, updated IOS) except region change.

To change the region, I loaded up MMM via HBC and installed IOS 60 and System Menu 4.1U. I then ran AnyRegion Changer and changed the settings to english, USA and saved.
I returned to HBC and installed Priiloader. I saw some sort of warning about not being able to delete something, but I ignored it.

I rebooted and tried to get into Priiloader, but nothing happened. I just get a black screen. Am I completely bricked or is there a way to fix this? 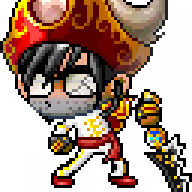 The unable to delete something is probably nothing: it means that you don't have a password
R

I did try to press reset while turning the power on, as I was trying to get into Priiloader.

I can't boot into BootMii anyway.

Is there a way to autoboot and then Smash Stack perhaps, and reinstall Sysmenu? I really don't know what went wrong. Did I do something wrong back there?

What version of priiloader did you try to install?
R

Would that prevent Priiloader from running though? 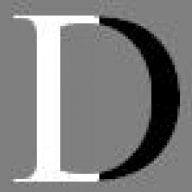 But before you send it in, if the DVD drive is not a D3-2, rip it out, keep it, and maybe put a cheap D3-2 drive in, else Nintendo will take it instead, and replace it with a D3-2 drive.

That way, if you keep the non-D3-2, you can put it back in when you get your /repaired/replacement Wii back. (then re-mod and be able to play burned discs)

If the Wii's dvd drive is already a D3-2, then don't worry about what I just said.

Unless you live in south korea, Nintendo will not fix your wii- not even for $.

Part it out on ebay. Or just sell it as broke for parts.

RupertAvery, how new is the Wii?
What type of DVD drive does it have in it?
R

It's not even mine. I offered to mod a friend's wii. Now I'm probably going to give him my wii in replacement.

And all I'll have left is a brick.

Something to bang my head against.

My wife is so going to be pissed...

But don't worry, you're not the only one.

.. I know how it feels, when you've just killed someone else's Wii, and your brain is mentally shitting itself wondering how the hell you're going to fix it, and what the owner is going to do.

Way way back in the before time, when I was a noob, I tried modding a friend's Wii, and bricked it, by downgrading 3.4 to 3.2, without knowing about the stub IOS30... so it bricked.

But... I was lucky. My friend was pretty rich, and could just buy another Wii.

Me bricking this Wii long ago is what made me learn more and more about the Wii and make cIOSCORP v3.x/DARKCORP for these seemingly "Unmoddable" (at the time) Wiis in the first place.

Are they rich?
Can they just get a new one?
Are Korean Wii's cheap in the Phillipines?

I thought I bricked my wii with priiloader then I held the buttons on the wii and was able to uninstall priiloader.

BanditKing said:
I thought I bricked my wii with priiloader then I held the buttons on the wii and was able to uninstall priiloader.
Click to expand...

He bricked due to a stub IOS60
R

Fortunately, this is the Philippines. I can get a replacement motherboard (US version) for about $90.

Not bad for an idiot fee...

Nintendo Wii Today at 9:13 AM
XFlak

Hacking Wii got bricked after Region Change with WiiMod