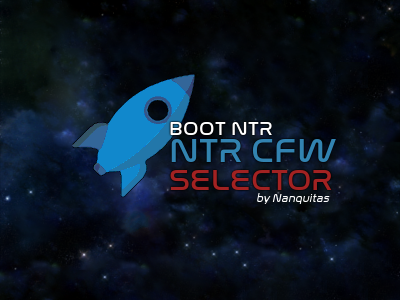 What may seem just a small point release at first can instead turn out to be bigger than expected: @Nanquitas and @PabloMK7's BootNTR has been updated to v2.13.1, introducing three notable features in the process! For starters, support has been added for the newly released 3DS firmware 11.12.0, which came out just a few days ago and broke NTR due to some internal differences. Speaking of NTR, the CFW has also received a small update going from 3.6 to 3.6.1, as it now uses a slightly faster way to access memory for screen streaming purposes on New 3DS consoles.

And yet, I've saved the best for last. Back when Luma 10 had first been released in late June of the current year, we advised NTR users against upgrading as the new version broke some of the latter CFW's functionalities, like game plugins and potentially other minor features. However, BootNTR Selector v2.13.1 has finally solved these issues and now sports Luma 10.0.x compatibility: this means you can now update safely and enjoy both Luma 10's improvements and NTR's various features without worrying about incompatibilities and broken functions!

...But there's just a small exception: some users have reported Mode 3 builds being broken on Old 2/3DS consoles. As such, if you own an Old 2/3DS and you wish to use NTR together with extended memory titles (for example, 7th gen Pokémon games and Super Smash Bros. 3DS) it's still best to wait until the issue gets investigated further. On the other hand, non-Mode3 builds are working correctly for both types of consoles, so upgrading is recommended if you own a New 2/3DS (as you won't need the Mode3 build at all) or an Old 2/3DS but you do not care about using NTR in extended memory games.

BootNTR Selector's GitHub repo and releases page are both linked below. You can also find a link there to its official GBAtemp thread, which you can use to both read more about the project and get help with troubleshooting.