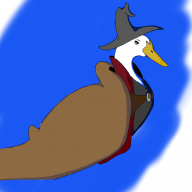 Obviously this is going to be subjective. And by best looking I don't mean the most graphically intensive/highest poly count, etc. I mean the most stylized, aesthetically appealing games.

Here's some of my picks:
God of War 2 - The graphics and aesthetics are gorgeous even if they're disgusting at times. And the grand sense of scale that some of the levels give off is just incredible at times.

Klonoa 2 - I'm gonna be honest, I just started playing this game. But the designs of characters and enemies so far looks really solid and unique, the same goes for the levels.

Jak and Daxter: The Precursor Legacy - the use of colors as well as the complexity of a lot of models has always been pretty impressive to me, and I love the weird steampunk aesthetic. Honestly I think it looks better than Jak 2 & 3. Those games just look so muddy and washed out.

God Hand - one of the most uniquely weird games I've played on the PS2, in gameplay, story and aesthetics. I love the wacky, westernish, anime-esque, almost post-apocalyptic style of the world and think it's definitely good looking in it's own ways.

What are some of your guy's picks?(that is, if you guys aren't just an empty comment section)
Reactions: Deleted User and Alexander1970

Odin Sphere - Almost ridiculously lush and teeming with movement, Odin Sphere's world is a living, breathing painting come to life with massive boss fights and rich, detailed locales. One of if not the most beautiful looking 2d game ever on any system.
Reactions: Alexander1970 and BetterDuck

AmandaRose said:
Odin Sphere - Almost ridiculously lush and teeming with movement, Odin Sphere's world is a living, breathing painting come to life with massive boss fights and rich, detailed locales. One of if not the most beautiful looking 2d game ever on any system.
Click to expand...

Its super slow though.
Can't play ps2 version since I played it on vita with overclock.

And the final Fantasy games were all very nice for the time.
Reactions: Alexander1970, atoxique and BetterDuck

Shit how could I forget Okami? It's so stylized and pretty.
Reactions: Alexander1970

Metal gear solid 2 and 3, cant think of anything else with better graphics.
Reactions: Alexander1970
F

Black, Gran Turismo 4 and Shadow of the Collosus are the usual candidates.
Reactions: Alexander1970

Since the remake, many people are sure to disagree, but for me it's still the most graphically elaborate PlayStation 2 game. 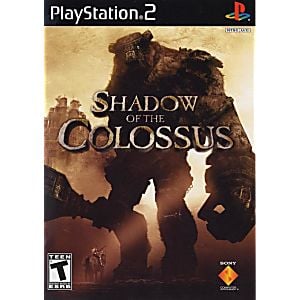 Shadow of the Colossus like they said is one of the best. Other than that, maybe Ico? Not sure how that fares, can't remember right.
I do remember NFS Carbon and Midnight Club 3 looking pretty good too.
Reactions: BetterDuck and Alexander1970

I remember Kingdom Hearts (1) blowing my mind when they used the higher poly models during cutscenes and how expressive characters were. Square's games in general. Xenosaga with its long cutscenes. Sonic Unleashed looks pretty on it. The Jak and Daxter games, Sly Cooper games, and Ratchet and Clank games all look pretty good too.
Reactions: BetterDuck and Alexander1970
P