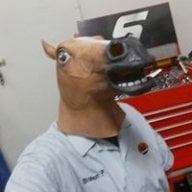 so my dstwo will periodically freeze, system says no cart when i restart. i physically modded the cart, did the paper trick, yada yada

ive only had the system a couple days, so this theory needs more testing, but it seems that it works fine with a fresh charge on the battery. (i think the cart still needed modified for better contact) but it doesnt seem to mess up until ive been playing it for between 1 or 2 hours.

is it possible my battery is old and causing the dstwo to freeze? at first the light would go red while turning it on, then go back to green. if i launched a ds game it would stay green, but a gba or snes game would usually make it go red again. it lasted about an hour after it went red. all of these lead me to think the battery might be shot. i cant get anything in the tiny tiny crack to test the voltage under load, but the battery did charge up to 3.8 volts.

also i need to know what to expect out of the battery. this seems to be a question with a wide array of answers, but i feel like i should be getting more than 2 hours before it starts freezing (assuming that is a thing)

when i thought it was a contact issue, i would jack with it and get it working again, and total, i got about 4 hours or so out of it (with much freezing) and a couple places said to expect about 4 hours with a dstwo. so my battery may be fine, but i still have contact issues.

like i said, i need more research on the matter. if i can consistently get it to work fine for the first hour or so after pulling it off the charger ill lean more toward the battery. but im only on my third charge, so it may be coincidence.

so TLDR
does your dstwo start to freeze when the battery gets low.
how long does your dslite last with your dstwo.
and if i determine i do need a battery, has anyone any experience with this

i can get a Rayovac replacment from a local store, Batteries Plus Bulbs, for $13, but the above, while an offbrand, seems like it may be legitimately 1800mah
Last edited by Lunchbox7985, Aug 22, 2016

High power devices, shorts and such causing failure when batteries get low but not when they are more charged is an option. Simple test though is leave the thing plugged into the charger while you are playing, hopefully you have a lead charger rather than cradle but you could also just try playing a film or something in the cradle.
Nobody has really made that connection before though and I am more likely to point the finger at the DStwo either overheating or having a bad joint made apparent by the heat. That onboard CPU does get warm.

im assuming even under perfect circumstances most people experience the occasional freeze?

i think its safe to say that my battery might be the main culprit here. i should have something at work that i can get into the contacts to measure the voltage under load to get a better idea, and i work tomorrow.

now the only question is do i get the nintendo one for about $20, the rayovac one for about $10, or the extended one on amazon for about $13, that may or may not be legitimately 1800mah , and sticks out of the back about a quarter inch.

i just found this website that was very informative about the battery,


Background story
So I was busy homebrewing on my NDS, even bought myself a DSerial board to use it as an ultraportable serial/debug console. I had a few ideas for the much faster, native parallel interface too, so when we were sending out boards at work, I threw my own “DParallel” onto the layout. The boards came back, and we had to cut them apart…note to self: DO NOT let your machinist saw apart your boards on a huge gritty band saw. As is semi-common practice (and just like on the DSerial) I laid out a big VDD (main system power) plane on the bottom of the board and a big GND plane on top. Before inserting the board, I peered down the sides of the card slot to be sure they weren’t metal that would short against the sides of the board, and even performed some quick “due diligence” checks with an ohmmeter to be sure I didn’t do anything stupid (such as somehow shorting VDD and GND together) that would result in frying my DS.

Satisfied that all was well, I popped the board in, hit the power switch…and proceeded to fry my DS :-(

Turns out that the top and sides of the card slot are plastic, but the back surface (hard to see in an all-black DS) is METAL, and it’s connected directly to ground. Combine this with a big VDD plane in direct contact with it, and some rough board-sawing leaving some exposed copper on said plane, and a heap o’ trouble ensues.

Anyway, due to some smart engineering by the big N, I am spared from my own stupidity (it just blew an internal fuse). Googling for Nintendo DS power consumption specs to figure out what replacement fuse I needed, I saw just forum posts with educated guesses ranging from ~ 300mA to upwards of 1.5A. So while I had it under the knife, I decided I’d settle the question once and for all.

All measurements taken on a DS Lite “revision as of Jan. 07” at 3.70VDC, the nominal voltage of the battery pack.

All the following measurements taken at Brightness level 3 (default) unless otherwise noted.

Bottom screen @ default brightness: save 47mA by turning it off

WiFi enabled (“new” 1/2007 DS Lite wifi chipset) : add 49 ~ 63mA, varies based on what it’s doing.
Around the tail end of 2006, Nintendo switched to a different WiFi chipset (sorry, can’t find any more info online from DS forums, etc…only the code changes in libdswifi CVS to accommodate it). This is the one I have. Power draw results for the previous chipset could vary from this.

These are rough ballparks that assume 100% conversion efficiency, extracting 100% of the power out of the battery, and all kinds of other things which do not reflect reality. Your real numbers will be lower.

As you can see, backlight setting has a large impact on total run time!

Fuse sizing (for everyone else who did something dumb and blew F2): I had some 500mA 0603 surface mount fuses laying around (Rezu project represent!), so I used one of these. I think it’s a good number given the above. Worst-case power usage I could produce was just a hair under 300mA, but some other DS slot 1/2 cards (games, flashcarts, rumble paks, specialty cards like the Opera Browser cart with onboard RAM) may draw more juice (still, I doubt it would bring the total over 500mA). Even if you’re sticking your own Pentium 4 accelerator card in there, I wouldn’t advise sizing the fuse above about 750mA, absolute max. It’s there in part to keep the Li-Ion battery pack from going all Sony Vaio on you and melting your pocket into hot slag if something in the DS shorts.

broke down and bought a new battery at Batteries plus, $12, seems to have done the trick