In the past few months, I've noticed that many apps I download or upgrade (via [Redacted]) simply will not work on my iPod touch (2nd gen). Specifically, when I try to open it, it just black screens a while then goes back to the home screen. Since there is an icon, I know that the download and install was successful, but the game itself just will not work. It's not a compatibility issue since the apps I'm downloading are all made for iOS 3.1.3 or above, which I have.

One thing I've noticed is that all apps that are mentioned to be cracked with ARM 6 will work, while those that are mentioned to be cracked with ARM 7 will not. So basically, I have a list of release groups that I know use ARM 6 (WYSE and iDWANEO-Team are my favorites), and I know that any app cracked by them will work. Problem is, many release groups are new to me and the games I download will not work. Not a big deal, but if it's an upgrade to a previous app, then I'm SOL because I have an unplayable game that I can't downgrade and don't want to delete because of my save file.

So is my assumption correct? And why do some release groups use ARM7 instead of ARM6? The apps themselves probably don't require a certain one, do they?
$

Yeh, its a pain, my idea is to update [Redacted] to two versions.... One version just for arm6 and another one just for arm 6 & 7

edit: it practically means that the current crackers don't have old devices.

There's also a lot of guys who jut randomly crack an app, but it's normally luck of the draw 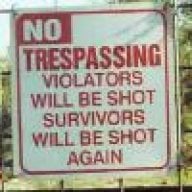 If you have an arm7 device, I assume you can use apps that were cracked on arm6 and arm7, right?

When the app is installed via the App store on the Crackers iDevice it installs in ARM 6 optimized for 2nd generation devices and older and ARM 7 for newer devices, The 3GS and higher. At the moment a lot of teams are using the ARM 7 devices so peoples with older generation devices have to find the right teams. A quick google search should come up with some, I'd tell you but I don't think this is the right place. 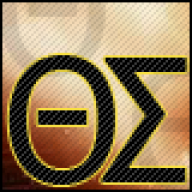 It really annoys me that i can never get any apps for my 1g because of this. im getting a new pod soon so its all good

Well I'm glad to hear that this is indeed a real problem, but I doubt anything will be done since sooner or later everyone will have ARM v7 devices.

New problem though: Has anyone ever downloaded an cracked app that has ads in it? It makes it near impossible to play the game so I am certain they're not supposed to be there. (Plus the reviews don't mention them either)

[Redacted] has almost 20 skyfire uploads, I'm pretty sure one will be arm6