Gaming a way to check gamerips? 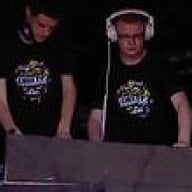 my cousin just lended me a bunch of games,, too bad their pretty scratched up, gta iv copied almost all files but 2 are missing (did it in freestyle dash).
if i start the game it goes black then turns off the xbox and reboots.
is there a way to check which files are missing? don't feel like downloading them all because my internet is slow.. 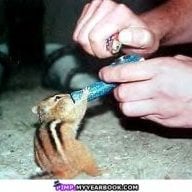 What you say makes no sense. You can run it through ABGX but not going to tell you what files are missing! If the games are on disk rip from FSD and see what happens. After that give us more info and we can get to the bottom of this!

I Ripped it with FSD so it isn't in iso format or anything,, it couldn't rip 2 files but it doesn't say which.
and now if i start the game it just blackscreens and reboots the xbox 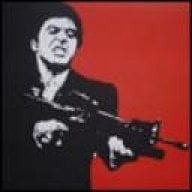 I'm thinking you have a jtagged xbox 360? It's probably a good idea to actually say that in the title or somewhere in your post so that most people will actually understand what you are talking about.

I don't think you can just download the missing files. You probably don't even know what files are missing right?

Edit: After re-reading your post. I think your shit outta luck man.

You'll probably find the entire ISO on teh intarwebz, not the single files, so you'd still be much better off redownloading the entire game directly.

hmm too bad :\ yeah i have a jtag system, going to clean the disc and try to rip it again, is there a way to remove the scratches? ;p

nico445 said:
hmm too bad :\ yeah i have a jtag system, going to clean the disc and try to rip it again, is there a way to remove the scratches? ;p
Click to expand...

Try ripping it on PC and transferring it over. You can try toothpaste, and other scratch removal, but all they do is scratch it more, basically sanding it down removing deeper scratches and replacing it with lighter ones, this usually helps. If you are missing a few files you could probably request for it.

I tried ripping it on pc, but it won't show me more then the vob files that say insert it in the xbox.
found the filenames i needed xbox360.rpf
weazel.bik i pulled another xbox360.rpf out of episodes of liberty city, but the game boots up
starts the rockstar intro then blackscreens, music plays i see my harddrive still loading then it reboots.
is the game just messed up or probably the wrong file? already downloading the full one of usenet but it's still going to take around 12 hours to get it