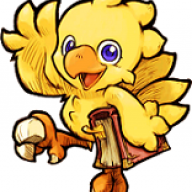 also known as A ressha de ikou.
I just got the game in my hands and if I am not wrong, we have more than 10 games in the series but only 3 in english.
Apart this fact, there are almost no FAQs online so I was wondering if the serie is unknow and if there is an interest on a translation.
The translation of the NDS serie look simple so I was maybe considering making a school/newbie project out of it.
Reactions: 1 person
D

I think it's great if this game gets translated. I could help with graphical edits and some proofreading but not much else really.
Reactions: 1 person

The quick look that i gave to the game showed a lot of graphics (every button in 3 different versions as example) so a graphical editor is sure welcome.
From what I saw, only the tutorial (what the woman and guys say in the upper screen) is real text (unicode) but I saw already a limitation there that needs hacking.
I will let this poll running for a week or so before I decide if I will work on this in any way.

Because I see that there is many people that don't know the serie, here some information about the serie.

A ressha de ikou is a long running series with many games on many systems (MD, NES, SNES, PSX, PS2, XBOX360 and PC) but if I am not wrong, only number 2, 3 and 9 for PC got a english translation. It's a train simulation, in easy words, you can think of it as a Sim City or Theme park for trains.
You are the manager of the train society and decide where, with how many tracks and how long the stations will be, how long and the time table of each train so that you make money and not loose it. All the different versions are played in slightly different ways because have something different.
The NDS version seems very similar to A-train 9 for the PC. It seems that you can direct trucks as well as trains, build buildings and bridges and the main goal of the game is to make a big city by moving around materials (and people) with trains and trucks (airplains too?). There are probably scenarios like in Sim City as well.
I have to admit that I haven't played the game longtime because my japanese is limited so I didn't really unlock everything you can unlock in the game.
I don't know how many trains there are in the NDS version (I think i read somewhere 50) but in the 9 PC version they was 200 in the japanese version and even bonus contenent in the german/english version.
Here some video:


This serie is naturally not to be confused with another long running series (all japan only if my memory isn't wrong) about trains: Densha de go (and spin offs). In Densha de go, you drive the trains on pre-defined tracks and the goal of the game is to drive the trains safely from station to station in time and stop the train at an exact position on the station without making people fall and making speaker announcements at the right moment (depending on the game mode or the game you choose to play).
Some games of the series have filmed real cities on it like Densha de GO! Tokyo Kyuukou Henfor PSP as you can see:
http://www.youtube.com/watch?v=8kziNAzRT2E

I am going OT here but if you are a train fan and you missed this 2 series, you should take a look at them. 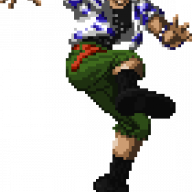 As I said in the poll, I'm more than happy to help, but not sure what help I could give (I don't speak or read Japanese)...

Category said:
As I said in the poll, I'm more than happy to help, but not sure what help I could give (I don't speak or read Japanese)...
Click to expand...

There is alot of graphics (all the bottom screen as example in my last pic) that need editing.
As soon that i get a translator for this, I can provide you with informations and translation but for now I am busy with AAI2 first.
I will be back to you if something will change about this project. Thanks